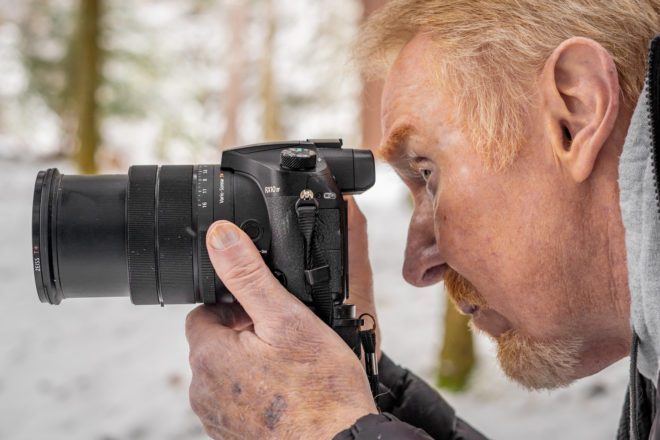 For a former Milwaukee ad guy who backed into photography after he retired, Thomas Jordan has done very well.

He’s published several coffee-table books and earned numerous awards for his photography, which he started pursuing in earnest in 2013. Most recently, his book Black. White. And Shades of Gray took silver in the 2022 International Photography Awards, and One Week in Cuba won bronze.

Jordan got his inspiration while working with a former advertising colleague who had turned photographer – the fittingly named Jay Filter, who asked Jordan to provide the writing for a book he was shooting called The History, Art & Imagery of the Pfister Hotel, about the 19th-century Milwaukee landmark.

“It took us almost a year, but I was with him every step of the way, watching him set up for the photos, and talking to the people, and how he’d get them engaged,” Jordan said. “I decided I’d like to do that.”

So when he retired and moved to Door County with his wife, Susan, in 2012, she asked what he was going to do in retirement. He chose photography and took a class at Peninsula School of Art with Dan Anderson and Suzanne Rose: two longtime stalwarts of the craft on the peninsula.

“It was so intimidating,” Jordan said. “So, I told my wife the next day that I wasn’t going back. ‘Sure, you are,’ she said. ‘We paid for this class.’”

“But later in the week, the class went to photograph the Sturgeon Bay Canal North Pierhead Light,” he recalled. “It was the Polar Vortex winter of 2013, and it was a magnificent scene, with all the different layers of colors and the distant mist and clouds. The sun was coming up, and I shot some incredible photos.”

One of those photos ended up on the cover of his first book, Sturgeon Bay: The Secret Treasures of Door County. Jordan took some Photoshop classes at The Clearing and decided he didn’t want to simply take photos – he wanted to create coffee-table books.

“I like telling the stories, and not just taking the picture,” he said.

He distinguishes coffee-table books from books of landscape photography by saying that they have more elements – portraits, tools, closeups, animals, frosty beers, a bowl of soup with a chalkboard menu.

A coffee-table book is like a boy band, Jordan suggests improbably.

“You might not like all the elements, but when they all work together, you go, ‘Wow!’ The words provide information, and they also serve as a graphic element.”

Along the way, he’s learned the economics of book publishing – basically, it’s tough.

For Sturgeon Bay: The Secret Treasures of Door County, Jordan ordered 1,000 copies printed in the United States. He still has a few boxes, and the book is available through Amazon. For his second book he had the work printed in China and limited the run to 400 copies. That one has sold out.

More recently, Jordan has designed his own books and had them printed through Blurb, which prints on demand, so he can order one book or 100.

“And for an additional $4.95, Blurb provides a PDF version of the book, which the photographer can email to anyone, so I started giving those away,” he said about his latest book, Black. White. And Shades of Gray. (To receive a free digital copy of the work, email Jordan at [email protected].)

“Color can dazzle but sometimes overwhelm,” he writes in the introduction to Black. White. And Shades of Gray, which he dedicated to photographers who specialize in black-and-white images and “Especially Suzanne Rose, my mentor, friend and one of the best black-and-white photographers anywhere.”

Jordan makes his point about the revealing simplicity of black and white with images of the ceiling of the Museum of Fine Art in Boston, in which the black-and-white photography reveals far more detail than color photography.

Cave Point – near where Jordan lives – has been photographed so many times, but a wave crashing against the rock and throwing its water higher than the trees on the shoreline has special power in Jordan’s black-and-white image. He also used Cave Point to make a point.

“I remember when I could get up on a winter morning and drive to Cave Point before sunrise,” he said. “I’d set up my camera and tripod because I knew where the sun was going to come up. I’d wait, and I’d get some great shots, and I’d be the only one there. No more. Now you get there, and the parking lot’s full. So it’s like, what’s the point?”

Jordan offers some practical advice for photographers, starting with traveling with a camera next to them on the car seat as he does.

“If I see a flock of sandhill cranes or white pelicans, I need to be ready,” he said. There’s no time to fumble through a camera bag.

“Don’t just go out and take pictures,” Jordan continued. “Give yourself an assignment, like capturing all the lighthouses in the county. You’ve got to get up early; you’ve got to be prepared; you have to have your equipment ready; you have to be there.

“And while you’re there, you notice things around you, and the light’s really cool at that time of day. Then maybe you take another picture, and little by little, you start building a portfolio of work.”

In his black-and-white book, Jordan provides a great variety of images and sometimes walks readers through what makes them work. It could be a rose, a welder at Fincantieri Bay Shipbuilding or cows walking across a hill. Sometimes it’s the contrast, or sometimes it’s the shades of gray, as the book’s title suggests. He can range from the speed of motorcycle racers heading into a turn at the Door County Fair to the serenity of a still life with wine glasses. A photographer doesn’t have to brave frostbite to capture great shots.

Jordan has become a skilled Photoshop user, but he cautions that those who want to use it effectively must work with it every day – so he does. His next book, in fact, may be one that shows how he works with it.

“One of the things I’m thinking of for my next book is to share some of my secrets,” he said. “I’ve discovered and created my own shortcuts that are so quick, so easy and so seamless. It could save you a lot of time, effort and energy.” Sturgeon Bay: Secret Treasures of Door County is available at the Sturgeon Bay Visitor Center and Community Foundation in Sturgeon Bay. Black. White. And Shades of Gray is available by individual request, as are PDFs. Any profits from Jordan’s book sales go to county nonprofit organizations.