Directed by Robert Boles, co-artistic director of the Third Avenue Playhouse (TAP), columbinus is a theatrical discussion about the events surrounding the April 20, 1999 Columbine High School shootings and weaves interviews with teenagers from around the country with survivor testimonies and police transcripts to explore the disconnect between suburban teens and the adults around them. 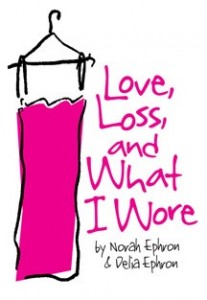 Auditions for the upcoming Stage Door Theatre Company’s production of Love, Loss and What I Wore will take place on Feb. 25 & 26 from 6 to 9 pm. They are looking for five women ranging in age from late teens/early 20s to 70-plus. Those auditioning will read from the script, so there is no need to bring in prepared audition material.

Performances for Love, Loss and What I Wore are scheduled May 1 – 18. Directed by Claire Morkin, Love Loss and What I Wore is a scrapbook of stories about unfortunate prom dresses, the traumatic lighting in fitting rooms, high heels, short skirts, and the existential state of having nothing to wear.