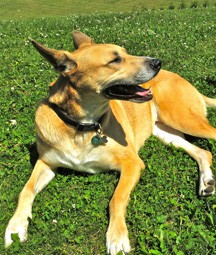 We are in the midst of that toasty torrid time commonly called the Dog Days of Summer. In the northern hemisphere, this is generally the hottest, most sultry spell of the year. You can feel dog tired and sicker than a dog. Things seem to be going to the dogs, so you just don’t feel like putting on the dog. Since heat impacts all of us, we all have a dog in this hunt, so to speak…

Children’s author Natalie Babbitt describes dog days well: “The first week of August is motionless, and hot. It is curiously silent, too, with blank white dawns and glaring noons, and sunsets smeared with too much color. Often at night there is lightning, but it quivers all alone. There is no thunder, no relieving rain. These are strange and breathless days, the dog days, when people are led to do things they are sure to be sorry for after.”

Dog days generally refers to July and August, and even part of September. People have speculated for countless centuries why it gets so doggone hot. The dog star, known as Sirius, is the brightest star in the winter sky, next to the sun. In July and August, it actually rises and sets with the sun. The Romans believed it provided heat as well as light, and hence, during this time contributed to a hot, unpleasant period associated with an evil time “when the seas boiled, wine turned sour, dogs grew mad, and all creatures became languid, causing to man-burning fevers, hysterics, and phrensies” (Brady’s Clavis Calendaria, 1813).

In order to minimize the impacts of hot sultry weather, the ancient Romans would sacrifice a brown dog at the beginning of the dog days. This was to appease the rage of the dog star, believing that it was the cause. Sirius is far larger and hotter than our sun, but in reality, it is nearly nine lightyears away, negating any possible influence, to say the least. And I’d guess it cares nothing about dog sacrifices.

Although this period is named for “man’s best friend,” it isn’t about dogs at all, at least not directly. Actually the warm dog days coincide with Earth’s tilted axis as it revolves around the sun. When North America is tilted toward the sun during daylight, it receives more direct rays resulting in greater heating (summer). The fact that the dog star spends that short time, during the warmest period, traveling with the sun, is nothing more than coincidence.

We have a long history of connecting inappropriate dots, and have often confused coincidence with cause. But sometimes coincidence can betray cause. Back in the early 19th century, atmospheric carbon dioxide (CO2, a greenhouse gas) began to increase significantly and continues today on a steep upward curve. Average temperature coincidentally follows basically the same upward curve. Heat is trapped by greenhouse gas in much the same way greenhouse glass traps heat. The more CO2, the greater the effect on global temperature.

Atmospheric CO2 has increased from 315 parts per million to more than 400 parts per million just since 1960. Each year we are adding another 40 billion tons of carbon dioxide to the atmosphere. The impact of combustion-produced carbon dioxide on climate is sometimes called the “Callendar effect,” named for engineer and inventor, Guy Stewart Callendar, who was one of the first to propose this association back in 1938.

According to almost every climate scientist today, the cause of current global warming is the rapid buildup of atmospheric, human-generated, greenhouse gasses.

This is well beyond mere dog days. Many scientists warn we are looking at warm “dog centuries” to come. It’s hard to predict what this will mean to our grandchildren and great-grandchildren. On one thing there is agreement among scientists. We have impacted the atmosphere on a more rapid scale than has ever been known.

Weaning ourselves off of fossil fuels, such as coal and oil, will be a major and necessary challenge. Our political leadership has thus far lacked the will to lead in this crucial area. But the good news is people are finally starting to see through a smokescreen of disinformation in the mainstream media.

You can now find good information on global warming. Sometimes it’s in very unexpected places. Among the gossip tabloids at the grocery store checkout I happened to notice, The Complete Idiot’s Guide To Global Warming by Michael Tennesen. Not sure whether this was a guide to warming the globe, or a fix-it guide, I bought it. Besides, it only cost the equivalent of a half-gallon of gas. It actually does a decent job informing the reader (presumably not a complete idiot) about the complexities of global warming.

Let’s hope the dog star can become our lucky star. After all, to err is human…to forgive, canine. Maybe it’s time that rather than blaming Sirius, we get serious and herald in a period of greenhouse gas reduction, and restoration of this, the best of all possible worlds.