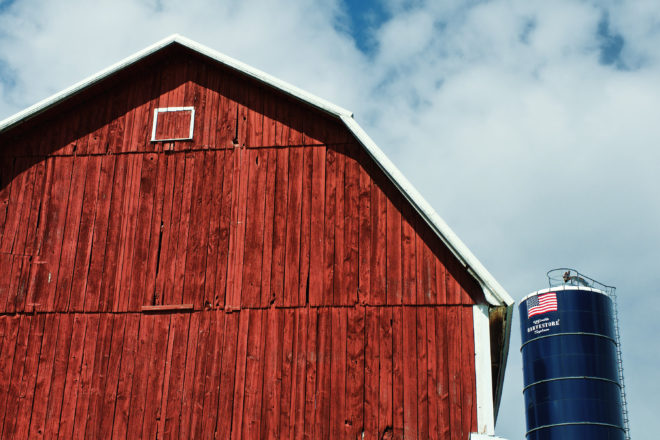 Editor’s note:  In 2007, the Wisconsin Academy of Sciences, Arts and Letters issued a report titled The Future of Farming and Rural Life in Wisconsin:  Findings, Recommendations, Steps to a Healthy Future. Since we were using that report as a reference for this year’s Sustainability Issue on the future of farming the peninsula, we asked the report authors to provide an update to the report 11 years on.

Some facts about the Future of Farming and Rural Life study:

Format:  Our mantra was “All voices to the table,” and we meant it. We hosted six regional forums geographically distributed across the state. The forums were extensively publicized in a variety of media outlets. More than 700 people participated in these forums. In each case, we carefully gathered recommendations, which were later shared and shaped by technical advisory committees. These committees included farmers, academics, rural life and agricultural experts, lawmakers and others. The recommendations were unveiled in a statewide conference in 2007. It’s not bragging to say this was the most comprehensive study of agriculture and rural life in our state’s history.

Focus:  The study focused on four key areas – Production agriculture; land and water resources; rural life, including rural communities and schools; and food systems. The process led to 84 recommendations in the four categories. Several of the major recommendations were adopted by policymakers. Perhaps the most significant one was the complete revision of the state’s Farmland Preservation Program. Following are some highlights and, unfortunately in some cases, lowlights looking back on the study a decade later.

Recent headlines have bemoaned the loss of Wisconsin dairy farms and their cultural heritage. Hello, this is nothing new. Throughout our study, we heard that midsized farms were struggling mightily and dropping out by the hundreds. At the same time there was some growth in large and small farms. Those mid-sized farms were the heart of agriculture as we knew it in Wisconsin for many years. We recommended a number of strategies to address the stress on mid-sized farms, including a documented worker program to address labor issues, programs to encourage the decline in beginning farmers and favorable tax treatment.

Some of those recommendations gained footing, including tax changes, but the systemic causes of the “hollowing out of the middle,” as it is termed, continue. This is underscored today by struggles faced by dairy farmers in the face of low commodity and milk prices. So much for government strategies that focus on increased production.

Ten years ago, we did not anticipate the rapid growth of confined animal feeding operations (CAFOs). A 1,000-cow herd was considered huge then. Today, a number of operations are several times that size, and the trend doesn’t show any signs of abating. A midsized eastern Wisconsin producer with a herd of about 300 cows summed up his plight for us when he said he simply couldn’t compete with his neighbor’s large operation on cost of production.

Statistics bear this out:  Wisconsin had 200,000 farms in 1935. There were 76,500 in 2006, during our study. Last year, the Department of Agriculture, Trade and Consumer Protection estimated farm numbers at 68,700. According to recent reports, Wisconsin lost about 500 dairy farms in 2017 alone. Another 150 have gone out of business so far this year. Drive down any country road, and the evidence is clear. Our red-barn days are over. 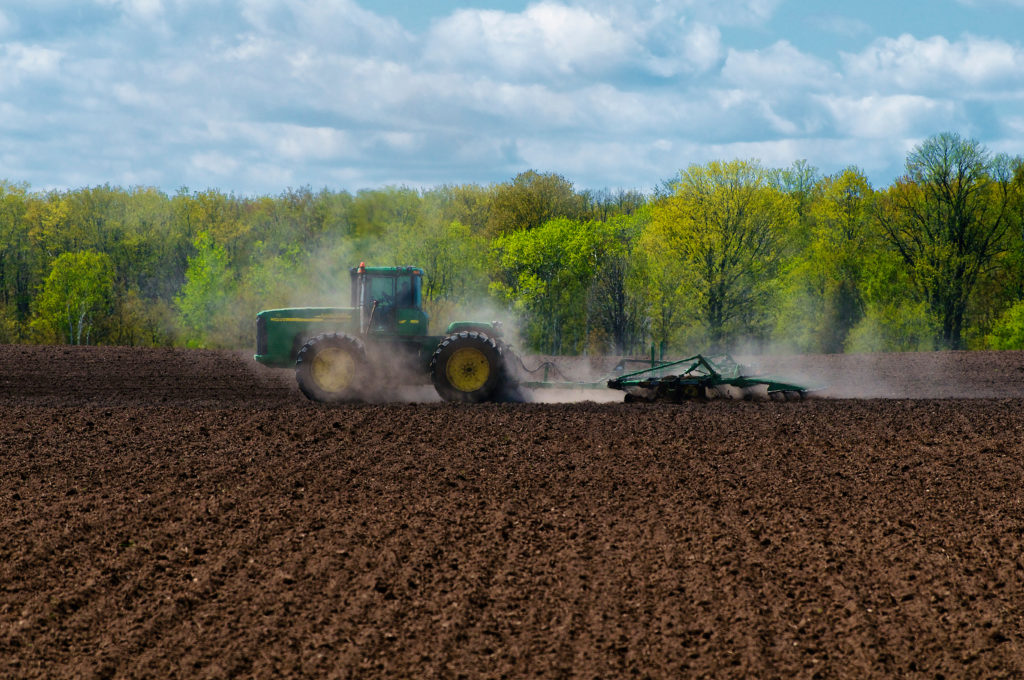 Land in farms has continued to decline, too, after a slowdown following the 2007 economic downturn. Corn and soybeans rule across the landscape, sometimes grown all the way to the tip of Door County. This has water quality implications, as we know. Economists have noted an associated trend to the decline in farm numbers – consolidation of ownership in the hands of fewer operators.

Through all of this, Wisconsin milk production has remained strong and the number of milk cows, more than 1.2 million, has been fairly steady. Cow numbers are sustained mostly by the state’s 265 dairy CAFOs, by far the largest part of the state’s 284 total CAFOs. Kewaunee County has 16 of the CAFOs and has also struggled with how to handle animal wastes on its karst soils.

Meanwhile, many organic farms have thrived. Wisconsin trails only California in number of organic farms and is in the top five in organic acreage. The state also continues to be among national leaders in production of cranberries, potatoes, sweet corn, snap beans and other vegetable crops. We make more kinds of cheeses than any other state, too. Door County cherry cheese, anyone?

Farm employment remains a challenge. Large and medium operations often rely on migrant labor, and new federal policies have made this difficult to negotiate. There is uncertainty, sometimes accompanied by fear. In addition to recommending a fix to the documented worker program, the study advocated recruiting and training nontraditional workers to address declines in the pool of farm and forest workers.

While our mid-sized farms suffer, small farms that produce local foods have thrived in many parts of the state. Our study recognized the importance of these local and regional food systems and recommended steps to strengthen them. The state adopted some, but in many cases, local and regional foods advocates took matters into their own hands.

As a result, the local foods movement has settled in as an important piece of local food chain. Community supported agriculture systems, farmshed programs, farm markets and other direct sales clusters have helped small farms keep a foothold and grow their share of the market. It is truly possible to “know your farmer” in much of Wisconsin, and chances are, he or she is a millennial.

Our recommendations focused on educating people about the importance of local and regional food systems to our overall food security. It is pleasing to see that this has become a reality.

We also focused on placing on the quality, service and ethics of sustainable agriculture. We have come some distance in this front, but could go further. Neighboring states of Minnesota and Michigan have strong agricultural stewardship programs that focus on supporting farms that adopt sustainable practices.

Our study design was intentional. We wanted to look not only at agriculture, but the fabric, strengths and challenges of rural life here.

Healthy and vibrant rural economies lead to strong rural communities. Strong local schools are the hope and pride their communities. Small communities often are vibrant centers of arts and culture, too. But rural brain drain continues, with many young people leaving their homes to seek jobs and amenities.

Because they’re so vital, we really honed in on the challenges faced by rural public schools. We noted many of these challenges, including high transportation costs, sometimes thin property tax bases, and difficulty providing course ranges and technology. We said school financing should be reviewed with an eye on challenges to rural schools and a goal of providing more equitable opportunities.

Rural schools aren’t alone in this paradigm. Rep. Joel Kitchens of Sturgeon Bay is co-chair of a Blue Ribbon Commission on School Funding, created to take a comprehensive look into our education funding system. The commission might want to look at our study’s recommendations in this area. In addition to fixing school funding, we recommended that the state provide incentives for districts that combine resources in areas like administration, business and finance, curriculum and technology. We envisioned and recommended steps to assuring a seamless educational system of K-12, technical colleges and universities. We specifically called for state support of programs that provide training for agriculture and rural development.

Rural schools were hit hardest by the shift of funding to voucher schools in the past several years. Despite increased funding in the current biennium, they haven’t recovered from massive cuts in state aid in 2011. State Sen. Kathleen Vinehout recently noted that in real dollars, schools will be getting less in the next two years than a decade ago.

This is exacerbated by declining enrollments, since state aids are distributed on a per-pupil basis. In the 10 years since our study, student numbers have dropped. Sixty-one percent of all public school districts in Wisconsin are experiencing enrollment declines, and many rural districts are among them. Some districts also have high property values, particularly in rural lake districts, which means they receive little to no aid from the state.

Our rural life recommendations also included enhancing access to rural health care, including mental health and dental health. Some people who formerly couldn’t access affordable health care did so with the Affordable Care Act. But that program’s uncertain future clouds the picture. In some cases, community collaborations have led to dental clinics for low-income people and rural health care cooperatives. But overall, we have work to do to assure affordable and decent health care for our rural citizens. 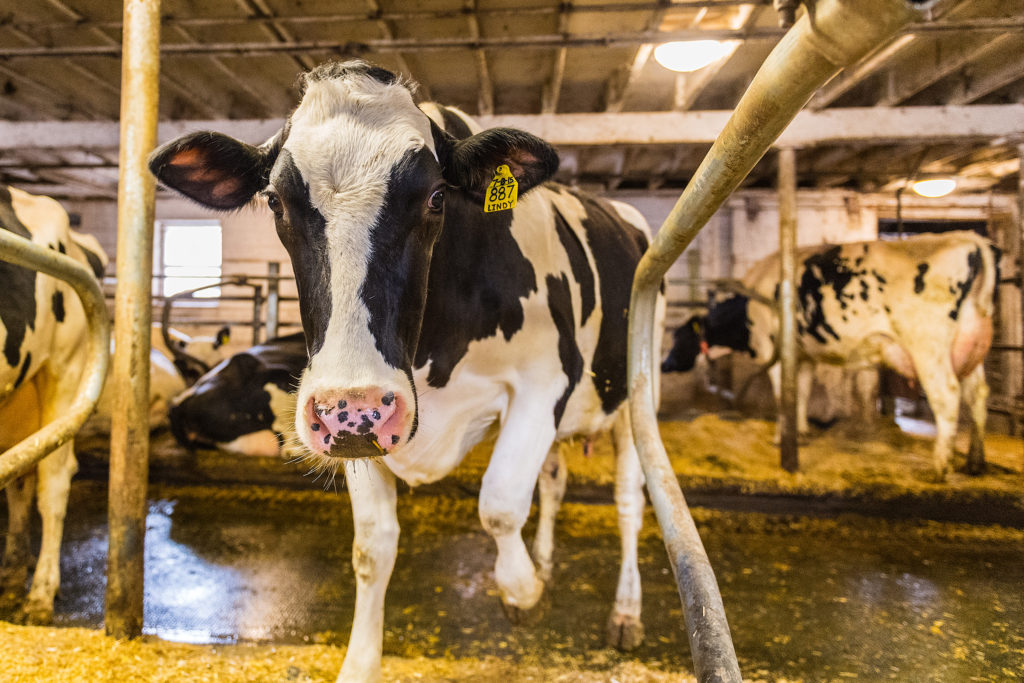 Wisconsin’s natural resources continue to bless the state with beauty and utility. Cities are where most of the people are, but other land uses dwarf them in size. Almost half of the land is forested, another nearly half agricultural lands. We are a state of rivers and lakes, too.

At the time of our study, preserving farmland was considered imperative. We were witnessing steep losses in farmland annually. The economic downturn slowed that loss a bit, but not much. DATCP Secretary Sheila Harsdorf said this in a 2017 report:  “Since the last biennium, land in agricultural use has decreased by 200,000 acres, with the total land in farming now measuring 14.4 million acres.”

Harsdorf is respected for her commitment to farmland preservation. There’s hope that her appointment as secretary in 2017 will refocus attention on identifying and preserving our best farmland.

Fifty-eight of the state’s 72 counties have updated their plans. The importance of this legacy can’t be understated. Going forward, we can say that local people in each of these counties carefully identified the best farmland and took steps to protect it.

The study also recommended creation of agricultural enterprise areas (AEAs), which further protect farmland. Since 2009, 34 locations in 25 counties have designated AEAs covering more than one million acres. These are community-led efforts where neighbors cooperatively determine which lands are important to remain in agricultural use. Farms in AEAs that also have farmland preservation zoning receive the highest payments from that program. The state could make AEAs even stronger, with more incentives and promotion, also tying them more closely to conservation funding. One of the tools in the new farmland preservation program was the purchase of agricultural conservation easements. That was eliminated in 2011, but should be revisited. A state easement program combined with local and federal programs could further help anchor and strengthen AEAs.

Our study envisioned conservation of farmland and conservation on farmland, but the state needs to do a much better job on the latter. Recent reports have shown that nitrates, phosphorus and other chemicals associated with agriculture are on the rise in our water. In many cases, farmers are doing what they’re supposed to, according to nutrient management planning. But the pace of change in the agricultural sector, including the trend to crop production and away from pastures, has made a bad situation worse. The dead zone in the Green Bay is now often mentioned in the same breath with the dead zone in the Gulf of Mexico.

Part of the problem, as in Kewaunee County, is a concentration of animal wastes on lands that can’t handle them. Recently, the state has looked at taking regional approaches to water quality and quantity. This is encouraging. We have the science and technology to fix this problem. So far, we have lacked the societal will.