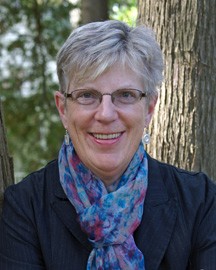 As Congress continues its effort to repeal and replace the Affordable Care Act (ACA), protections for pre-existing conditions that impact millions of Americans are at risk. Since the recently passed House bill essentially removes those protections, it appears many members of Congress need an education on what it means to have a pre-existing condition, and the health insurance consequences of having one.

Though people with cancer and other extremely serious conditions are in far worse situations than mine, my own personal experience sheds a light on how crippling it can be to get coverage for individuals with a pre-existing condition. Like many Americans, I have a relatively inconsequential health condition that insurers nonetheless classify as risky and define as a pre-existing condition, uterine fibroids.

The Mayo Clinic defines Uterine fibroids as “noncancerous growths of the uterus that often appear during childbearing years…uterine fibroids aren’t associated with an increased risk of uterine cancer and almost never develop into cancer… Many women have uterine fibroids sometime during their lives. But most women don’t know they have uterine fibroids because they often cause no symptoms. Your doctor may discover fibroids incidentally during a pelvic exam or prenatal ultrasound.”

I learned in my late 40s that I had fibroids because of heavier menstrual periods beginning at that time and my physician’s diagnosis that the cause was fibroids. I also learned my situation was quite common. But, as the Mayo Clinic description points out and my physician told me, I had little risk of cancer or any other serious down-the-road consequences due to fibroids.

There is no known “lifestyle” issue that contributes to fibroids. For example, tobacco use, alcohol use, and diet are not factors. Rather, having or not having fibroids is essentially “the luck of the draw.”

While House Republicans like to applaud entrepreneurship, their stance on pre-existing conditions handcuffs millions who would potentially strike out on their own and launch innovative businesses. I was self-employed and in the individual insurance market for more than 20 years before age 65, and learned that pre-existing condition limitations in individual insurance undercut those who choose similar paths.

In 2006, I became a resident of Wisconsin and, because I was in a new state, had to apply for a new insurance policy. Around this time, insurers became extremely cautious about pre-existing conditions, asking numerous, detailed questions about them. I learned the following from completing and receiving responses to applications:

Note that a failure to accurately and completely fill out an insurance application  – perhaps even an innocent failure – could result in complete cancellation of coverage or similar dire consequences upon discovery by an insurance company.

By the 2008 to 2010 period, and because of fibroids and other pre-existing conditions (some of which were minor and one of which was major), reasonable individual insurance was becoming unavailable to me for anything less than $1,000 a month in premiums and several thousand dollars in an annual deductible. The cost was quickly surpassing my home mortgage cost.

All this for a condition acquired through no action on my part aside from being born. I did not “cause” my fibroids, yet I was treated more adversely than otherwise similarly situated people who did not have them. Some people simply “get stuff.” But there are big penalties for stuff – under pre-ACA law and practice, and under the House bill.

Does the Wisconsin dairy farmer who deals with farm chemicals every day, has a family history that includes cancer, and eats a poor diet acquire cancer because of any one of these factors in isolation? Highly doubtful. Why should he be penalized for having cancer, when he has it through no fault of his own?

I had a two-year period of individual insurance coverage under the ACA after its individual insurance protections became effective in 2014 and before I became covered by Medicare. The ACA lowered my costs a small amount and completely eliminated the possibility of adverse treatment because of pre-existing conditions. Medicare is even better.

It is grossly inequitable and terrible health policy to penalize people for pre-existing conditions. And high-risk pools are not the answer. The blanket nondiscrimination and related protections of the ACA are the answer.