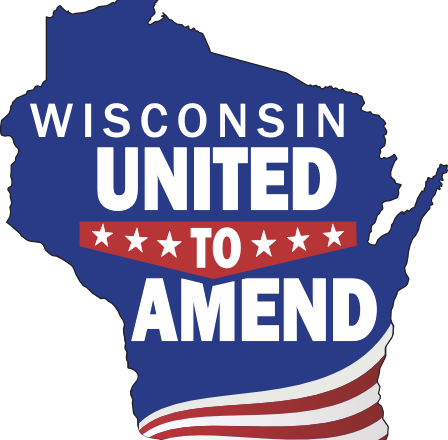 A few months ago, you may have noticed another negative TV political attack ad. This, of course, is not unusual. During election season, candidates from both parties get attacked all the time. The ad follows the predictable pattern of distorting or demonizing the target.

In this particular ad the target is Senator Tammy Baldwin. What’s curious about this ad is that Sen. Baldwin isn’t up for re-election for another year and a half, in Nov. 2018.

So it appears outside political attack ads are becoming an all-year industry, much like the daily barrage of drug ads. Unfortunately, unlike drug ads, the political mud-slinging isn’t required to list the possible side-effects such as nausea, depression and thoughts of suicide.

How do you spot ads that are “outside” the usual limits of a political action committee (PAC)?

First of all, there is no announced candidate running against the senator at this point in time. Also, when a candidate runs an ad against another, they have control over what is said and you’ll always hear the familiar disclosure, “I approve this message.”

Secondly, you can look up the ad’s sponsoring group. In this case, the ad is paid for by Restoration PAC, which is in fact an “independent expenditure group.” That’s the fancy name for a SuperPAC. It’s based in a Chicago suburb.

Why so much? Because, thanks to Supreme Court rulings like the Citizens United case (2010), SuperPACs have no limit on the amount they can raise or spend on such ads. The 5-4 Supreme Court ruling said money is “free political speech” and SuperPAC donations, “including those made by corporations, do not give rise to corruption or the appearance of corruption” and goes on to say “will not cause the electorate to lose faith in this democracy.” This quote, from the actual majority opinion, angers and frustrates voters of both parties. A survey held after the Citizens United ruling showed only 15 percent thought these statements were credible.

Wisconsin United to Amend has been working at the grassroots level to get our state legislature to join the 18 other states who have already called on Congress for an amendment to reverse this ruling.

As of today, 105 local governments in Wisconsin have passed resolutions or referendums calling on the state legislature to help rein in the millions of unlimited money that pours into our elections from outside sources, including SuperPACs. This includes nine counties, 38 cities (including Sturgeon Bay in March 2017), 41 towns and 17 villages.

According to Wisconsin United to Amend, “2.8 million people (48 percent of Wisconsinites) live in jurisdictions that have already called for the United to Amend Amendment.”

The list of local governments joining the effort keeps growing. Just last November, 19 communities held referendums on this. All passed by an average of 84 percent (including Rock County, home to U.S. Speaker of the House Paul Ryan).

This year, the April 2017 election added eight more Wisconsin community referendums and again all passed, this time by an average of 80 percent.

Two things seem obvious:  Voters do not see this as a partisan issue and they want their representatives to act.

So, you may ask, in light of these ever-growing impressive numbers, how has the state legislature responded so far? In 2015, Assembly Joint Resolution 8 was introduced into committee. It called for an advisory statewide referendum to be held during last November’s election. It simply asked:

“The U.S. Supreme Court’s decisions in Citizens United and related cases allow unlimited spending to influence local, state, and federal elections. To allow all Americans to have an equal say in our democracy, shall Wisconsin’s congressional delegation support, and the Wisconsin legislature ratify, an amendment to the U.S. Constitution stating:

The resolution never got out of the committee, let alone voted upon.

A similar resolution has been again introduced into the state legislature this year. It is what the 105 Wisconsin municipalities and their voters have already asked for. It’s a simple request to represent us the voters and let us have a say about repealing the effects from these Supreme Court rulings that have turned our elections into a sport for billionaires. It’s a request to let voters, not just partisan lobbyists with their large contributions and SuperPAC backers, have a say about the limitless money flooding our elections.

How can you help? Tell your Assembly Representative Joel Kitchens and State Senator Frank Lasee you want them to actively work to get the resolution out of committee this time. Let them know you want a statewide referendum so Wisconsin voters can have their say on this critical issue.

For more information, go to wiuta.org. To become part of the Door County-United to Amend voice asking our local municipalities to join the call for a referendum or a resolution stating that only people not corporation or unions have a constitutional right to free speech and that money is not equivalent to speaking, please contact Dan Powers, [email protected], or Jim Black, [email protected]

Jim Black is a retiring attorney who, with his wife Trish, works locally to help advance an economic system that is just for their children, grandchild and community.

Dan Powers is a retired K-12 educator with 35 years experience in a variety of areas from music to curriculum development and literacy instruction. He moved to Door County in 1985.