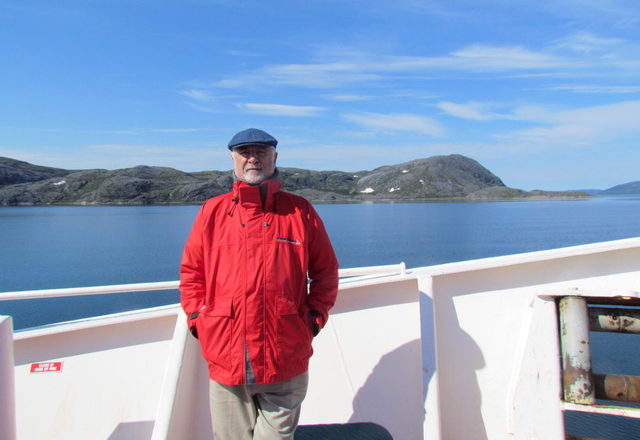 For the past 20 years a binational organization – The Great Lakes Cruising Coalition (known as the GLCC) – has been working to re-establish the long dormant Great Lakes cruise trade. This coalition of Canadian and U.S. ports came together to examine the feasibility of attracting some of the modern cruise ships into the region, thereby contributing to the local economies of the Great Lakes maritime communities.

At one time the Great Lakes hosted a number of ships that provided easy transportation across the larger stretches of the five Great Lakes – effectively offering an attractive way to cross from one side to the other. While this was a far cry from what we now understand as cruising, these ships provided a pleasant way to cross these vast areas of water, rather than having to drive around the perimeter on roads that were a far cry from what were currently have.

In time some of these ship owners realized there was the potential to upgrade their accommodation and services, which allowed them to charge a higher tariff, in exchange for good food and elegant lodging – and thus the Great Lakes cruise trade was established.

In the early days of energizing the Great Lakes profile with the cruise community, the most often heard phrase was “and how do we move our ship through the Great Lakes?”

What this demonstrated was the huge gap in geographic knowledge and the absence of planning expertise along the various Great Lakes cruising routes. This, along with other educational issues, was quickly tackled by the GLCC, who distributed Great Lakes marine charts and collateral developed by the many tourism entities bordering the Great Lakes.

One of the main challenges faced by the GLCC is showcasing the many worthy tourist regions bordering the Great Lakes that for one reason or other lack an international profile and are not on the “cruising radar.” The GLCC was able to rectify this by working with knowledgeable regional tourism professionals who are able to support the GLCC by bringing their specialist information to the planners.

One of the most significant ways of doing this is at the international cruise marketplace held annually in South Florida. Seatrade is an annual event where the entire cruise industry comes together in a five-day intensive knowledge exchange, where planners meet sellers and where regions can showcase their destinations.

The GLCC has been working to raise the profile of the Great Lakes to the point where it now is an accepted cruise region and one the entire worldwide cruise industry is examining. Because of the size of the St. Lawrence Seaway locks, only smaller ships with accommodations for between 200 and 400 guests onboard can access the Great Lakes, which designates our region as a small ship destination.

Many of these smaller ships are used for expedition and enrichment cruising, and a considerable number of new vessels are currently being built, by their owners. The opening of Cuba has also contributed to the potential of Great Lakes cruising, allowing a cruise line to operate from May to October in the Great Lakes and with a short deployment reach to Cuba for a full season of winter cruising.

Another reason for some of the global small ship fleet to consider cruising in the Great Lakes is driven by unrest in many exotic regions of the world – where their ships have previously been cruising. Nowhere on earth is safer than the Great Lakes and our combination of safety and outstanding tourism experiences will bode well for the future of cruising.

By the year 2022, we will have eight cruise ships fully employed in the Great Lakes, adding excitement and helping the economies of our tourism regions.