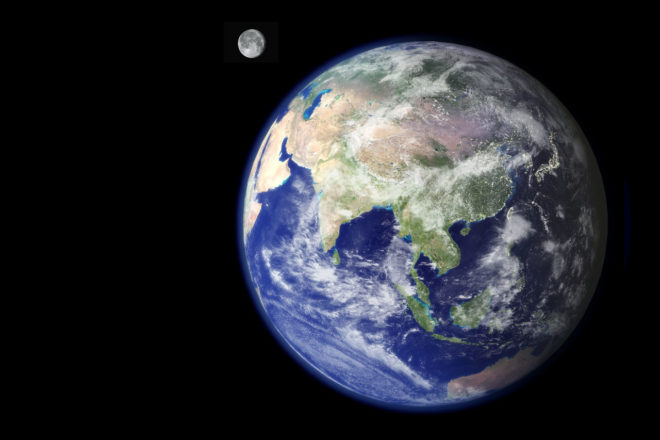 Neil Armstrong’s statement “… one giant leap for mankind” was a fitting description for the first human to step onto the moon and experience that lifeless lunar landscape. He described it as having “a stark beauty all its own.” Stark is an apt term – barren and desolate.

You don’t have to visit the moon to be inspired. It’s been referred to variously as: “the passionless bright face;” “magnificent desolation;” “a corpse upon the road of the night;” “Rosetta Stone of the planets;” “maker of sweet poets;” and “sovereign mistress of true melancholy;” (Dinah Craik, Edwin Aldrin, Richard Burton, Robert Jastrow, John Keats and William Shakespeare, respectively).

As a child, I paid little attention to the moon, until one exceptionally clear evening when my Dad brought out his old 7 by 50s. Those binoculars, steadied against the rough bark of a large box elder, focused my brothers and sisters and me. We had our first real look at that “passionless bright face.” With no resemblance to a face, its huge mountains, deep craters and whitish stripes had a depth unexpected in something so “commonplace.”

We were indeed confronted by “magnificent desolation.” This bright battered ball of silver gray, adrift in the black void of space, is a silent specter of life’s absence. The contrast to our verdant and vibrant forests, prairies and ponds could not be more profound. What I encountered in those binoculars left a lasting impression that changed my view of our living planet.

When the moon is full its cold silvery light transforms our living landscape, casting sharp shadows. I once watched a few deer emerge in the night, the woods awash in the ghostly glow of that “corpse upon the road of the night.” They moved slowly, justifiably self-conscious under the implacable gaze of the “Man in the Moon.” In this “different light” these spectral figures were part of the complex land organism moving in silver twilight with grace and stealth.

This “maker of sweet poets” can affect people in different, sometimes profound ways, yet if someone were to ask, “in what phase is the moon today,” how many of us could answer accurately? How often do we really take notice? 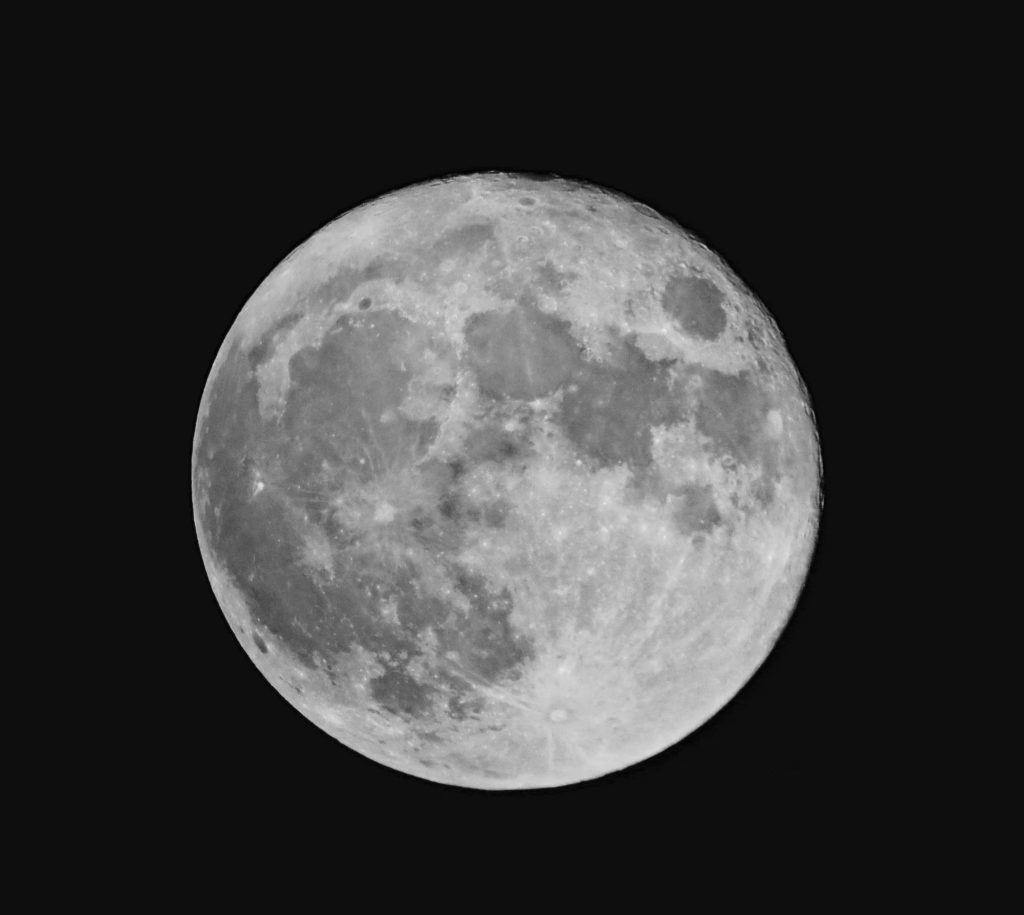 Our points of view can be influenced in many ways: binoculars, magnifying glasses, poetry, friends, or even by that “sovereign mistress of true melancholy.” The drab and desolate surface of the moon is a constant reminder of life’s absence.

Besides placing human footprints in lunar dust, another of the many great benefits of the space program was their amazing photography of the Earth as seen from the moon. Our planet really is a small world, so beautiful, blue and bright, and so very vulnerable.

The moon is a particularly fitting “Rosetta Stone of the planets.” In its different light, may we come to better appreciate the fragility of life around us and begin to comprehend our impacts and the urgency for healing. The choice is as stark and sharp as a moon shadow. Take steps to become better stewards, or take “one giant leap” backward for mankind, stepping onto “moonscape” wastelands created by thoughtless consumption.

The Standing Rock Sioux made a valiant effort to block a pipeline and curb our appetite for fossil fuels. It appears their worries about oil spills, etc. have no traction with the current administration. But by attempting to halt a pipeline carrying particularly filthy oil, they helped people view energy in a different light.

Truth is, we have to wean ourselves off the drug of oil, for the sake our atmosphere, and of posterity. There are clean and cost effective alternatives, but there’s so much money in oil. It makes the beneficiaries oblivious of the horrific consequences of their appetite for superfluous wealth.

You can help save the world. Here’s a sample of both local and national organizations that aren’t motivated by mere profits. They are genuinely dedicated to protecting and restoring our amazing environment. Each can be Googled to learn more about their missions: Midwest Environmental Advocates; Door County Land Trust; Door Peninsula Wild Ones; Kewaunee Cares; Clean Water Action Council; Climate Change Coalition of Door County; Nature Conservancy; Natural Resources Defense Council; Sierra Club; Audubon, to name a few. Participate, and/or provide financial support.