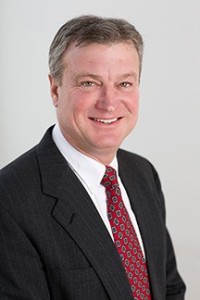 As Republican legislators who care deeply about education, it is both frustrating and saddening that our party is often perceived in Wisconsin as being anti-public education.

How did this come to pass? After all, we are the party that champions unlimited upward mobility. One of our core principles is that it is the role of government to preserve a free market and provide opportunities for success, but that it is then up to the individual, through hard work and perseverance, to take advantage of those opportunities. More than any nation in the history of the world, it is possible for children in the United States to rise from very humble beginnings to the pinnacle of success. Republicans recognize the enormous role our public school systems have played in allowing our children to have these limitless dreams. So if Republicans, as individuals, have such a strong belief in the value of education, how did we come to be viewed as anti-public education?

Looking back, we should have done a better job of telling the story of why the reforms resulting from Act 10 were necessary for Wisconsin. Every two years, we face difficult budgetary decisions that will impact many Wisconsinites. During Governor Walker’s first term, the Legislature was faced with a budget shortfall and we needed to ensure that we could find savings in an appropriate and fiscally responsible manner. The fact of the matter is that Act 10 has not caused a deterioration of our public education system and there has been a great deal of good that has come out of it.

The other issue that has contributed to the perception of Republicans as being anti-public education is the introduction and the expansion of the School Choice Program. While we can all agree that every parent should have the right to choose to send their child to a private school, a public school, or to home school, there is great disagreement as to whether tax dollars should go anywhere but public schools. The reality is that 87 percent of our children enroll in public schools, and while these other options may be the right choice for the remaining 13 percent, the future of our state rests primarily on continuing to have strong public schools.

While no school system is right for every child, our public schools in Wisconsin have done an outstanding job preparing the vast majority of our students. Wisconsin public schools have historically been among the best in the nation and it is vital that we protect that legacy going into the future. Any expansion to the School Choice Program should take into consideration the impact it would have on the public school system.

We are very proud to say that, when the Republican Caucus of the State Assembly discussed modifications to Governor Walker’s budget proposal, there was unanimous agreement that our top priority should be to restore funding to K-12 Public Education. We will eliminate the $150 per pupil reduction in aid that the Governor proposed in his budget and continue to fully fund K-12 education going forward. Great savings have come as a result of Act 10, but to ask our schools to make further reductions could cause damage to their mission of preparing our children for the future.

As Republicans, we will continue to insist that our public schools be run as efficiently as possible and that they be held accountable to the taxpayers of our state. The perceived “war on public education,” however, must end right now. We plan to go forward as partners in assuring that our public school students receive the great education that our citizens expect.

Rep. Joel Kitchens is Vice-Chair of the Assembly Education Committee and served 13 years as President of the Sturgeon Bay School Board. Rep. Dan Knodl is Assistant Majority Leader of the State Assembly.