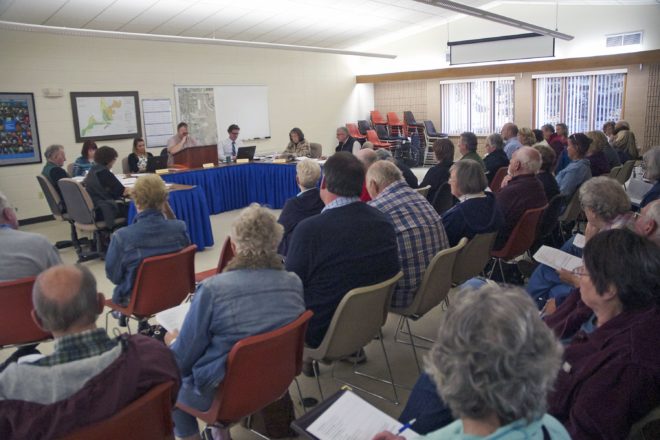 It seems counterintuitive, but how and when local elected officials are allowed to communicate with one another regarding government business can often lead to decreased public participation during meetings.

If you’ve ever attended a municipal meeting, you’ve likely witnessed someone face their fear of public speaking. Stumbling into an awkwardly placed microphone in the middle of a stuffy government room, they typically have three minutes to say what they must, getting it all out into the government chambers and universe. For most, standing up at a podium and speaking into a microphone is terrifying enough, but operating under a three-minute shot clock can be a real dealbreaker.

So, what’s the rush and why the formality? For many municipalities, it’s about maximizing the time the elected officials have to discuss the numerous issues they must address.

As mentioned, one of the major tenets of the open meeting laws, which are designed to ensure transparent government, is that board members cannot build consensus on municipal business unless done so at a public meeting.

Take for example a five-member board – two officials can discuss a matter to come before them outside of a public meeting, but three may not. Three members on a five-member board represent a majority and would allow for alignment on issues in advance of the meeting.

The law makes sense right? No smoky backroom dealings or mysterious horse trading. Therefore, the public meeting time is precious to the elected officials. Conversely, this can mean that the citizen’s time to share a comment, compliment or complaint at a meeting is perhaps, well, less precious.

In the State of Wisconsin, there are no requirements to let the public speak at all, which can be perplexing to a lot of folks. Aren’t you people my elected representatives and don’t I have a say in what happens in my city? Hey sorry, but, yes and no.

Slow and unfriendly are a few words that could sum up the unintended consequences of open meeting laws. Slow, because there is often a month between meetings, and it can take many, many, many months to get through an issue when given a few hours a month to discuss it. Slow deliberation is not altogether bad, depending on the topic.

Unfriendly because, it can appear like your voice is not welcome or important. So many times, I’ve wanted to comfort someone struggling to gather and articulate their thoughts, “It’s OK, friend, nobody likes public speaking. You’re doing a great job. Go for it. The roads are as crappy as you think they are.”

Many of my colleagues across the country refer to the often-frustrating results of rushed public comment as part of doing business, with a broader reference to the government meetings as business meetings. This analogy doesn’t sit all too well with me, but I fully understand the point they are trying to make. The opportunities for elected officials to discuss municipal business are very limited, and the time is desperately needed to sort and develop consensus on these issues. However, government isn’t a business, which is a discussion for another time.

While each municipality will develop their own style of engaging with the public at meetings, I encourage maintaining the formality of designated open session periods.

The Village of Egg Harbor currently has two: one at the beginning of the meeting, and another at the end. This last open session allows for the input of citizens that maybe couldn’t make the start of the meeting, developed a new thought during the meeting, or found the courage to say what they needed to.

My tips for citizens seeking effective public input in no particular order: