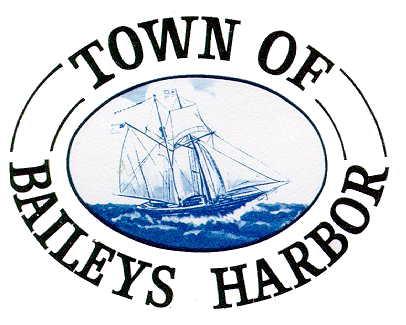 The committee working to bring high-speed internet to all premises in Baileys Harbor set a March 17 deadline for the town board to approve a grant application and financial commitment.

Broadband committee members said if voters at the annual town meeting in April oppose a solution to poor internet availability, the town board still would have the right to not accept the grant.

Although the committee wants to put the town near the front of the line for a grant to cover about $2 million of an approximate $5.5 million project, committee chair Kurt Kiefer said he thought the town had a great chance of receiving much more funding than that. He said it is positioned perfectly to seek additional grants because the committee and town board have already chosen a northeast Wisconsin contractor – NSight Communications – and completed a survey of town residents’ online needs and wishes.

Kiefer said Wisconsin is receiving approximately $800 million to help bring suitable internet service to underserved and unserved rural areas, and the town is leading the way to show neighboring municipalities how to secure funding for high-speed, high-quality broadband infrastructure for all residences and businesses.

Bob Webb, Nsight Technologies’ vice president of innovative operations, told the town board that the Baileys Harbor committee was one of the most energized groups he had met, and he believed it has the town in a great position to win a Public Service Commission (PSC) grant.

Town board member Peter Jacobs said Baileys Harbor should seek only between 33% and 40% of the project costs from PSC to demonstrate that residents are willing to pay for quality infrastructure. Kiefer, however, said he thought the town could get most of the installation costs covered through programs and grants eventually.

Committee members estimated taxpayers’ costs for the debt service on the total construction project at $225 for a home assessed at $300,000, but Kiefer said additional funding availability could later bring tax relief.

Committee member Evan Webster, a semi-retired accountant, said residents’ monthly cost savings for broadband subscriptions would surpass the cost on their property-tax bills. If the town received 33% funding from PSC, that tax-bill impact on $300,000 in assessed value would fall to $150 per year, he said.

“The citizens come out ahead under the new scenario,” Webster said. The committee members planned to present their findings and cost estimates to residents and taxpayers at the April town meeting.

Also on Feb. 10, committee member Dave Greco presented results of a survey of 262 residents and business operators, with 65% saying they “would definitely subscribe” if they could have high-quality fiber lines installed to their homes or businesses. Twenty-four percent said they “would be very interested.” Fewer than 5% said they would not subscribe or “did not know.” Greco said survey responses continued to trickle in, but those percentages have not changed significantly.

A majority of respondents expressed willingness to shell out $75 per month for quality internet service, with many of them saying they had difficulties working or studying from home, streaming or accepting credit-card payments, Greco said.

The committee said Nsight could provide 250-Mbps service for just under $50 per month, while quality, high-speed broadband services via satellite or Door County Broadband that are available now range from $100 to $200 per month. Internet service via the cable company costs about $59, Webster said, and that’s for DSL, which is five times slower than fiber. Although service greater than 24 Mbps was once considered “super fast,” 100 or more Mbps is considered almost “instant.”

Webb noted that Nsight, an affiliate of Cellcom, is already working on extending fiber to all premises in Luxemburg and on Washington Island.