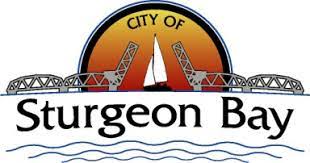 The Sturgeon Bay Common Council is trying again to resolve a property dispute for land it wants to acquire for connecting Grant Avenue and Sawyer Drive on the city’s west side.

After meeting in closed session last week, Mayor David Ward said the council authorized the city attorney to send a letter to Tim Ruenger making him another offer to purchase 4.4 acres of the approximately 36 acres Ruenger owns, with 2 acres for the right-of-way and 2.4 acres for stormwater retention.

Ward said Ruenger will have two weeks upon receiving the letter to decide whether to accept the city’s latest offer.

“The offer letter is an attempt to buy the property at a price agreeable to the seller,” he said. “We don’t know if the latest offer is acceptable to the seller, but it opens a negotiation process that we hope will settle the matter.”

After Ruenger previously declined to sell the property, Ward said the city proceeded with an eminent-domain process to obtain the right-of-way and had an appraisal of the land done as part of that process.

“We hope to reach an agreeable price for the right-of-way, thus avoiding further legal action,” he said.

Ward said Ruenger could seek his own appraisal at city expense.

Community Development Director Marty Olejniczak said the extension of Sawyer Drive is included on the city’s official map, with development taking place north of Highway 42/57 on the west side.

As a condition of getting the access permit for Grant Avenue to connect to the highway, he said the Wisconsin Department of Transportation (DOT) required the city to extend the street to provide an alternate outlet for the development.

Olejniczak said Ruenger, who bought the property through a bankruptcy proceeding, was informed of the plan for the street prior to his purchase.

“Eventually, the Grant Avenue area began to develop more fully, and the DOT/city decided it was time to complete the street connection,” he said. “The city attempted to negotiate with Mr. Ruenger for the sale of either the right-of-way or the entire parcel, but no agreement was reached.”

Olejniczak said the city could negotiate a purchase price higher than the appraised value “because if a deal is reached, it saves money on the second appraisal, attorney’s fees and time.

“But if no negotiated price is reached, then the city makes what’s known as a jurisdictional offer and takes ownership of the right-of-way,” he said. “Mr. Ruenger can still contest the amount in court, but only the amount is litigated. The title to the land stays with the city.”