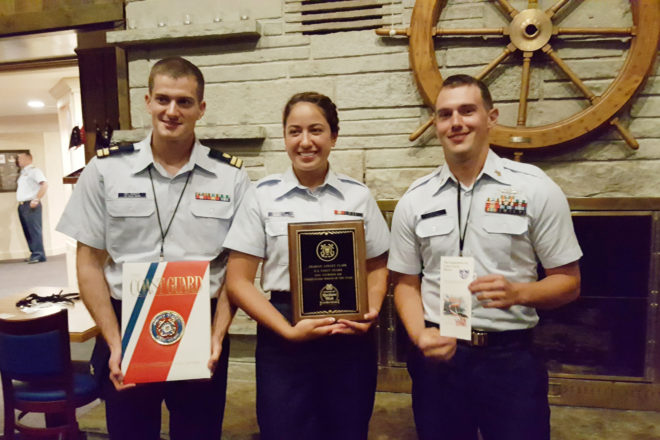 The Mariner Award recognizes individuals who have had a significant, positive, lasting impact on the Door County maritime community. One living and at least one posthumous award are presented each year.

The public is invited to “sponsor a Coastie” to attend this special award event. The $43 donation enables a greater number of young Coast Guardspersons to attend the award dinner to see their peers honored by the local community.