As voters begin deciding who to support in this November’s elections, Wisconsin League of Conservation Voters released its review of the 2017-18 legislative session titled, Tracking Your Legislators.

The review spotlights the fight for Wisconsin’s natural resources at the State Capitol and the legislature’s best and worst environmental actors, and tells the story of priority legislation, including who voted for and against it.

Highlights included the passage of important legislation to protect families from toxic lead in their drinking water, help mitigate manure pollution, and provide protections for victims of contaminated wells.

Lowlights included opening the gates to sulfide mining – America’s most toxic industry – and dropping protections for thousands of acres of wetlands, the consequences of which are on display as the state suffers from massive flooding. Another lowlight was the disastrous Foxconn bill, a $4.5 billion handout to a private corporation that included unprecedented rollbacks of environmental regulations.

“As we head into November’s elections, it’s important to make sure we hold our elected officials accountable at the polls. With this review, and our online Vote Tracker, voters can see who worked to help or harm Wisconsin’s environment on the session’s most important issues,” Executive Director Kerry Schumann said.

These legislators earned a place on this year’s Honor Roll:

Sen. Shilling and Rep. Billings broke new ground in holding polluters accountable while protecting Wisconsinites’ health when they introduced Assembly Bill 881. AB 881 requires the Department of Natural Resources to notify nearby private well owners and municipalities when water pollution exceeds permitted limits and could pose an immediate health risk. Because of Rep. Billings’ and Sen. Shilling’s hard work, AB 881 passed an Assembly committee before the session ran out. We look forward to seeing this policy move forward next year. 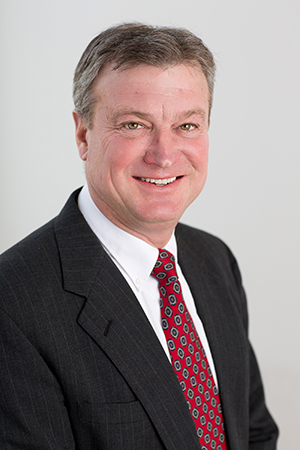 Strengthening NR 151 was a critical step in tackling the long-standing crisis of manure in drinking water in northeast Wisconsin. Rep. Joel Kitchens played an unmatched role among legislators in ensuring the passage of the rules. When, at several points along the way, Big Ag groups attempted to stop them, Rep. Kitchens was always there – testifying at hearings, speaking in front of the Natural Resources Board, and pushing for improved manure management.

These legislators worked to bring important protections for communities struggling with toxic lead pipes. Sen. Cowles and Rep. Thiesfeldt introduced and helped pass the Leading on Lead Bill (SB 48), Sen. Johnson and Rep. Ohnstad introduced a bill to remove lead from daycares and schools, and Rep. Taylor authored a bill to ensure county health staff had the authority to test drinking water for lead.

These legislators earned a place on this year’s Dishonor Roll: 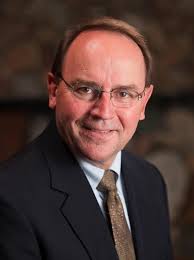 Once again, Sen. Tom Tiffany appears on the dishonor roll. This time, he worked in concert with out-of-state and foreign mining corporations to bring America’s most toxic industry back to Wisconsin with his Industrial Acid Mining Bill. In the process, Sen. Tiffany divided and misrepresented conservation groups and misled local governments. Despite saying the bill would not take away local control, Tiffany has actively threatened local governments with future legislation that would remove their ability to pass strong local protections.

Rep. Tusler twice offered an amendment to unrelated bills late at night to allow an out-of-state frac sand company, Meteor Timber, to bypass a judicial review challenging the legality of its permit to fill 16 acres of internationally rare wetlands. Ultimately, the Senate rejected both amendments and the court case went forward. A judge found the permit did not protect the environment and invalidated it.

Gov. Scott Walker went above and beyond a Governor’s typical role in the legislative process when he negotiated behind closed doors with Foxconn and led the charge to roll back protections for wetlands, clean air, and the Great Lakes as part of his massive handout to this foreign company.

“Due to constant attacks on the state’s environmental protections, scoring legislators has become more difficult,” Executive Director Kerry Schumann said. “A win for the environment often means preventing anti-conservation bills from hitting the floor for a vote. There is often no public record of how legislators voted due to frequent voice votes. And, legislators who champion the environment often can’t even get a hearing or a vote on their bills.”

To address these issues, Tracking Your Legislators tells the story of this year’s session, shows how legislators voted on the most important conservation legislation, and emphasizes the organization’s Conservation Vote Tracker. Updated in real-time, the Vote Tracker follows bills moving through the legislative process and details how each legislator voted on them.