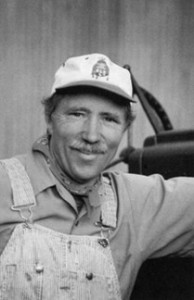 Once our beloved aunt gave my brothers and I a present, a thing she thought farmboys had need for…in hope of turning them into civil farmboys. Ms. Vanderbilt’s extensive 300-page deadweight, ore-boat of a tome titled Etiquette For Young Men. How to dress for dinner, how to introduce an older woman, how to express condolence or return gifts, how to sit for a portrait or down to a meal, how to use a fork, where to put the napkin.

By the early ‘60s Americans had another version of manliness, of civility, of honor; the example wasn’t a 300-page hardcover edition, rather a television series begun five years earlier. A routine of many American homes this western drama called Gunsmoke, the U.S. Marshall played by James Arness, born Aurness in Minneapolis, six foot seven inches of character actor, Matt Dillon.

At 635 episodes and 20 years Gunsmoke was only eclipsed in television longevity by The Simpsons. Gunsmoke began in the Paleozoic age of black and white television, with Saturday night primetime sponsored by cigarettes, cars with fins all of which were made in America – nothing on the horizon of automobiles made in Japan, China, Brazil, Korea or Taiwan. Cigarettes were 25 cents a pack, unfiltered, but Marlboro and Gunsmoke changed that.

James Arness died recently at 88 years of age, to think a small retrospective of Gunsmoke is worthwhile as it represented a significantly different set of values via black and white console televisions the size of refrigerators that now seem quaint as parlor stoves and outhouses. Gunsmoke in its own time broke the prevalent model of the western, which throughout the ‘50s and early ‘60s was a major ingredient of the adolescent medium. A refresher course then of former cowboy characters: Roy Rogers, Last of the Mohicans, Wagon Train, Rawhide, The Rifleman, Wanted Dead or Alive, The Cisco Kid, Hopalong Cassidy, Bonanza, The Virginian, Davy Crockett, Daniel Boone, Have Gun Will Travel, the Lone Ranger. Television westerns at the time were good and bad with no ugly. Our moral universe likewise was black and white, women wore dresses, we ate eggs for breakfast, wore suits to churches, didn’t know gays existed and communism was evil.

Gunsmoke was a different kind of western; from the outset the storylines had an ambivalence attached, if still between good and evil, the gradation was less stark. Despite its title wasn’t much about guns, scripts had their share of saddle soap and horses but the weekly episode followed deliberately drawn characters, focused to some trait, comic or tragic. Gunsmoke was Shakespearean without the bother, heroes of few words, fleeting characters, several shades of fate, all this perhaps appropriate for black and white television.

Gunsmoke’s alternative was a droll oversize marshal, the demigod in the form of country Doctor Adams, to add luscious Miss Kitty to haunt the dreams of farmboys. Hillbilly-talking Festus Hagen, Ma Smalley who always had a spare room, there was a squint-eyed town drunk, Sam the bartender who seemed to come with a past, a half-breed blacksmith to introduce us to Burt Reynolds. There was the curious suspension of Miss Kitty’s profession, never quite answering what she was doing in a saloon wearing a prom dress. Gunsmoke never hung a sign over her profession, a kindness her profession rarely gets. Good as Gunsmoke was it was not to explain how Miss Kitty paid the rent. As for love, Miss Kitty and Mister Dillon never did fill in the blank if a few times a back room supper. Once Miss Kitty was seen submerged in a bathtub, teasingly close, but Mister Dillon fell asleep at his finest hour as cowboy morals required.

Underneath was another moral lesson: sometimes you can be too good for your own good.

It was in the obituary of James Arness I learned the theatrical gait of that Dodge City marshal wasn’t stylized for its boardwalk ambiance but a lingering leg wound of Anzio. So maybe it is time to forgive him his lapse with Miss Kitty. The Hollywood myth is that John Wayne advised Arness to take the Gunsmoke role because at six foot seven he was too big for movies. Nearly a foot taller than Wayne and Ronald Reagan as might mess up the camera angle if not some cowboy egos.

After Gunsmoke the western evolved, it became The Dirty Dozen, Clint Eastwood and cable channel’s Deadwood. Violence was easy to come by, death more colorful, language too more, and Miss Kitty’s profession gained a name. None of which is about right or wrong as to acknowledge that Gunsmoke was a moral theme served on a prairie landscape on Saturday night when stovetop popcorn had real butter. Gunsmoke cast a spell over our farmhouse as it did America, an etiquette was involved, the very same thing Ms. Vanderbilt was trying to teach. It was more digestible coming from Mister Dillon.