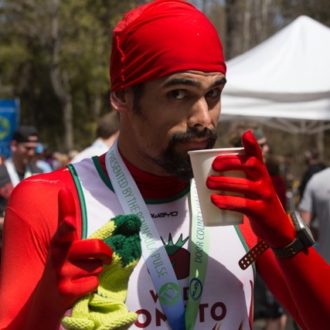 Dubbed “The Wild Card” and “Renaissance Man” by Pulse staffers during his 2012 internship, Jackson Parr came onboard the staff with a bigger role as news writer in 2014.

The Chicago-land native can’t recall a summer in his life when “Visit Door County” wasn’t on his family’s to-do list. When they purchased a home in Fish Creek in 2007, Jackson spent every summer thereafter working the restaurant circuit in the county.

When an opening popped up in the news beat, Jackson was excited to work for a newspaper that was heavily relied on by the community. Since he began, he has enjoyed the substantial dose of responsibility that comes with working on a small staff.

“Door County isn’t really covered on the state or national level so this is really one of the only sources of news that people can go to,” Jackson said. “Also being a small paper, I’m given a lot more responsibility and variety of assignments than I think I would find in any other publication. I’ve really enjoyed learning about things that I never thought I would need to know about.”

Whether that is public poetry readings, lighthouses, school news or cherry pit spitting, the University of Iowa grad is ready to take on whatever is next.

When he is not at the office, Jackson can be found swimming, running and biking the county, serving hungry customers at the Wild Tomato, or playing music with his band, the Hunga Dunga Trio. Although he isn’t sure what his next step will be, he is more certain that Door County will be a part of it.

“I kind of intended, when I moved up here, that it was going to be a one-year stint, that I was going to move to Madison in the fall after the busy season ended and continue with life, that was how I approached it,” he said. “But as weeks go on, I am less inclined to leave and now my stay, which I previously described as ‘tentatively semi-permanent,’ is becoming more permanent … tentatively.”