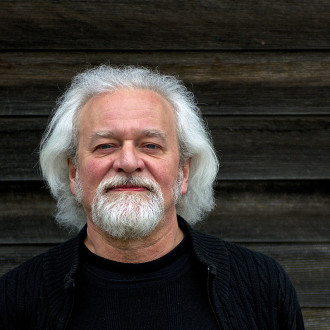 Writer and editor Jim Lundstrom is a proactive kind of guy. He’s known since the age of 11 that he wanted to be a writer and, believing that writers need to have a variety of experiences, he hopped on a freighter and worked his way to Liverpool when he was 18.

The subsequent years of his life included a college stint at UW-Superior (where he graduated in two and a half years in a degree he designed), the publication of his own weekly newspaper, a move to Hawaii, the creation of his own column about beer, and a run at a number of Wisconsin newspapers which eventually brought him to the Pulse.

“I was really happy to hear about this place,” said Lundstrom. “It seemed like my style.”

Having both lived and frequently vacationed on an island, Lundstrom’s especially fond of the water that surrounds the peninsula and the mentality it creates in its residents.

“Even though it’s not an island, I think there’s a little bit of that island mentality. There’s a different outlook people have, and I like that,” said Lundstrom. “I think the people maybe just care about each other a little more.”

Cheese that best describes him: Limburger. It has a terrible reputation for stinkiness, but if you get past that it can be tasty. Especially with onions on rye.