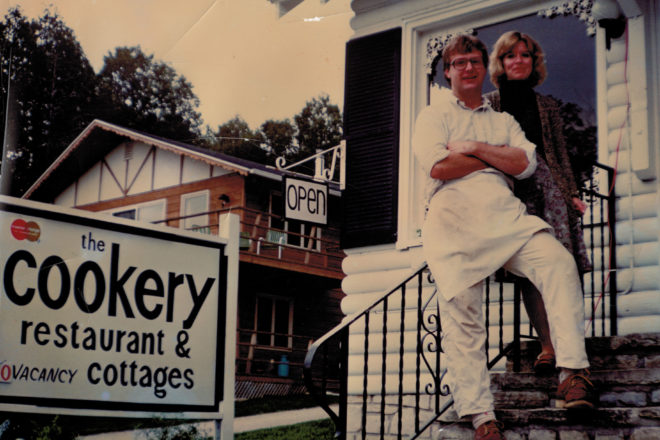 Fourth of July weekend marks the 40th anniversary for the Skare family at The Cookery. It all began in May 1977 when Dick and Carol Skare honeymooned in Door County. One shopkeeper, Hazel Elliott, took the time to find out that Dick and Carol were aspiring restaurateurs who met while working side by side at a supper club near Minneapolis. She arranged for them to look at a small, 20-seat restaurant in downtown Fish Creek. “Door County is growing,” she told them, “get in now before the rush.” They took her advice and put in an offer. Two short months later, on the weekend of July 4, 1977, Dick and Carol opened the doors of The Cookery.

Today, Dick and Carol are extremely proud to have their daughters, Courtney and Karin, involved in the daily operation of the business. Courtney and Karin share Dick and Carol’s passion for food, which was engrained at a young age. Throughout the years and today, the Skares have continued to maintain their original values, to incorporate fresh ingredients focusing on local products from Door County and to bring delicious, homemade food to their customers.