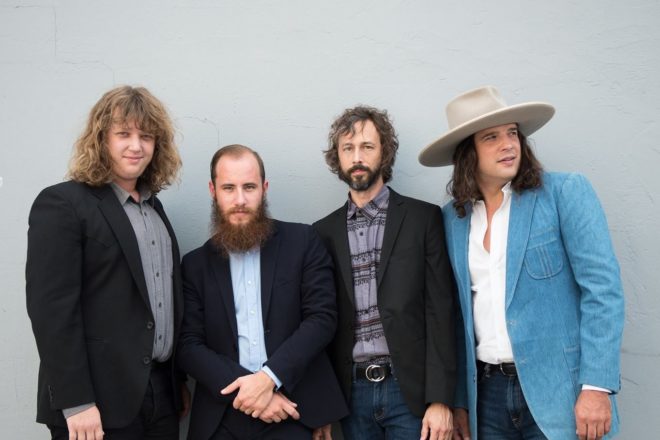 Cordovas, the American roots-rock group, bring their triple-stacked harmonies, southern storytelling and cosmic country twang to the Door County Brewing Co. Music Hall on Sept. 29, 7 pm. Cult favorites in Nashville, Cordovas offer a unique blend of songs and music with a nod to American influences that include the Allman Brothers, Grateful Dead and the Band. Doors open at 6 pm for this free show.

Led by North Carolina native, Joe Firstman, Cordovas are a collaborative band with a half-decade’s worth of international touring, communal living and shared songwriting sessions. The band is touring in support of its latest record, That Santa Fe Channel, a fiercely unique album, recorded in a series of live takes that shine a light not only on Cordovas’ songwriting chops, but their strength as a raw, rugged live band, as well.

That Santa Fe Channel was produced by the Milk Carton Kids’ Kenneth Pettengale in East Nashville, not far from the home that doubles as the band’s rehearsal space, headquarters and living quarters. There, in a converted barn behind the property’s main house, the guys logged countless hours fine-tuning a sound that’s already earned praise from outlets like NPR Music and Rolling Stone, who described the group as “the harmony-heavy, guitar-fueled house band at a Big Pink keg party in 1968.”