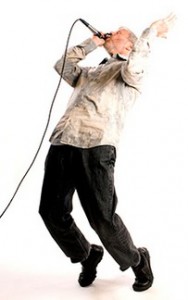 Multiple Grammy-award winner Howard Levy is an acknowledged master of the diatonic harmonica, a superb pianist, innovative composer, recording artist, bandleader, teacher, producer and Chicago-area resident. His musical travels have taken him all over the geographical world and the musical map. Equally at home in jazz, classical music, rock, folk, Latin and world music, he brings a fresh lyrical approach to whatever he plays.

This has made him a favorite with audiences worldwide and a recording artist sought after by the likes of Kenny Loggins, Dolly Parton, Paquito D’Rivera, Styx, Donald Fagen and Paul Simon. As a sideman, Howard appeared on hundreds of CDs and played on many movie soundtracks. He is perhaps best known for the four CDs he recorded with Bela Fleck and The Flecktones. In 2010, his band reunited and recorded the CD Rocket Science. They toured extensively in 2011-12 and Howard won a Grammy for Best Instrumental Composition for “Life in Eleven,” which he wrote with Fleck.

Howard is music director and chief composer for the Latin/Jazz group Chévere de Chicago. In 2011 Howard released a classical CD featuring his “Concerto for Diatonic Harmonica and Orchestra,” the first concerto ever composed for the diatonic harmonica. He has performed the piece more than 20 times in the United States and Europe.

Corky Siegel has earned an international reputation as one of the world’s great blues harmonica masters. He is a composer, blues pianist, singer/songwriter, and recent winner of the Lila Wallace/Reader’s Digest/Meet the Composer’s national award for chamber music composition and the Illinois Arts Council Fellowship Award for Music Composition. 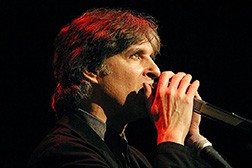 Siegel’s career began with a fortunate break when he formed the legendary Siegel-Schwall Band that toured the major rock palaces and clubs in the 60’s and 70’s. He was introduced to the blues through his very first steady engagement at Peppers, the internationally renowned blues club, where his job included performances with blues masters such as Willie Dixon, Little Walter, Muddy Waters, and Howlin’ Wolf.

Siegel has written and performed works for Arthur Fiedler and the San Francisco Symphony, the Grant Park Symphony, and the National Symphony Orchestra.

His music has been choreographed by five different international ballet companies and has been used for many national TV specials and motion pictures. Siegel continues to perform as guest soloist with symphony orchestras worldwide. In addition to ongoing tours with Maestro Dutoit, Corky has continued to perform numerous symphonic collaborations through the years with Doc Severinsen. Corky has also recorded on Sony International by touring globally from time to time through the invitation of Dr. Subramaniam, India’s greatest Eastern classical violin virtuoso.

Levy and Siegel will take the stage for MDCMC “Music Heals” Concert on Friday, Feb. 6 at 7 pm at the Door Co Fire Company in Sturgeon Bay.

To make reservations for the concert or for more information, please call 920.493.5979. Tickets are $15 and can also be purchased at the door on the night of the concert.