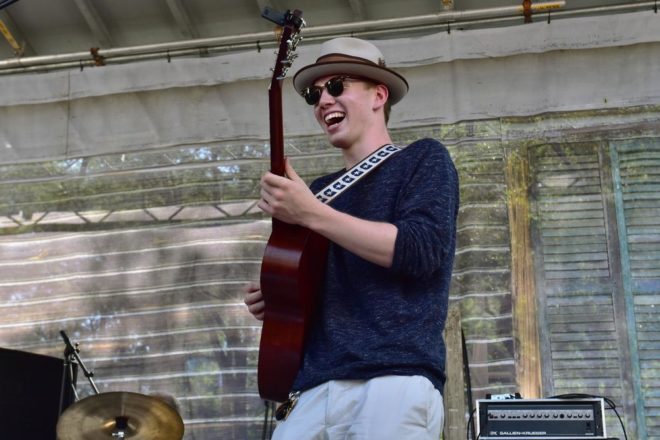 When I mention to Corky Siegel that I’ve been checking out 17-year-old Chicago blues singer/guitarist Will Tilson on YouTube, he said, “Amazing, huh?”

Yes, truly amazing. If you call up Tilson doing “Hoochie Coochie Man” or “Sittin’ on the Dock of the Bay” and close your eyes, you would never, ever guess that a teenager was performing.

“There are a lot of these young guys who can play, but there are even old guys who aren’t as mature as Will. He’s just right in the pocket,” Siegel said.

Siegel first met the young guitarist when he was 13. They met through Siegel’s cousin, Tracy Martin, mother of Sydney Martin, who started the Syd Rocks Foundation (givingrocksfoundation.org). At the age of 10 Sydney was diagnosed with a rare blood disorder called Langerhans cell histiocytosis (LCH).

She was cured, but while she was undergoing treatment, her family learned that because it is such a rare disease, there is little research funding. Sydney began making and selling necklaces made with Lake Michigan rocks in order to raise money for LCH research.

Corky Siegel with Matthew Santos at Space in 2016. Photo by Chuck Osgood.

“She’s raised more than a half-million dollars,” Siegel said. “They also do these musical fundraising events every year, and one year they asked if I would want to meet up with this 13-year-old guitar player and maybe do a show with him.”

Siegel said he and Will got together and rehearsed enough material for a half-hour show.

“It was pretty amazing,” he said. “I am impressed with all the young people who are incredible virtuosos at age six, but what I see is somebody who knows how to play music. But there’s more to playing music than playing music. There are some sensitivities that sometimes are missing in younger players. Will just has this maturity that I really enjoyed. I’m always looking forward to doing stuff with him.”

Siegel said he did another show two years later with Will and his band.

“He led the band, and he played and sang like a complete pro, not like a young player. It was totally mature. It doesn’t get better. He’s nailed all it takes to be a bandleader and a singer and a player.”

You’ll have a chance to see that maturity and talent in action on Feb. 9 when Siegel returns to perform as part of the 2018 Celebrate Community Concert Series presented by Door County Medical Center with the acclaimed young blues sensation at the Door County Fire Co. in Sturgeon Bay.

“It’s just he and I,” Siegel said, touching on the spirit of collaboration that has been a theme throughout his illustrious musical career. In his recent Door County appearances he has collaborated with local musicians, fellow Harmonica master Howard Levy and in last winter’s concert series appeared with singer-songwriter Matthew Santos.

“I’m doing two things – I’m highlighting me on harmonica and piano and tunes, and highlighting the other person,” Siegel said. “I want people to experience the absolute best. I will do that in a number of ways. I’ll have them do something on their own that I feel is their best material. I’ll find ways of them accompanying me and my material. And then we’ll think of what we can do together. I try to do all of those things in a way that really highlights everything both of us have to offer. I spend a lot of time at that. I take it really seriously. I did that with the Siegel-Schwall Band.” 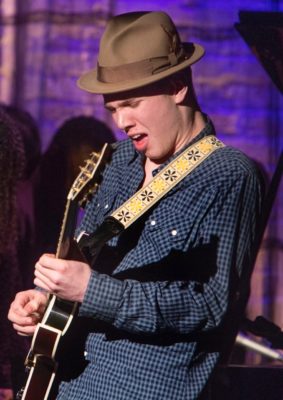 Will Tilson during a gig with Corky Siegel’s Chamber Blues. Photo by Chuck Osgood.

The Siegel-Schwall Band was formed in 1964 and featured Siegel on harmonica, Jim Schwall on guitar, Rollo Radford on bass and Sam Lay on drums. The band soon became a mainstay of the Chicago blues scene. One of the band’s big fans was classical conductor Seiji Ozawa.

“Seiji was a big fan of Siegel-Schwall and the blues,” Siegel said. “I think he was very much influenced by The Beatles, who were doing pretty outrageous collaborations with other forms of music.”

Ozawa’s idea was to pair a blues band with a symphony orchestra. William Russo, founder of the Chicago Jazz Ensemble and composer of groundbreaking orchestral scores for the Stan Kenton orchestra, was tasked with writing the symphonic score. Siegel said in hindsight it was a historic moment, but at the time it was just another gig.

“In retrospect, it was certainly groundbreaking, but I’ve got to tell you, naivete goes a long way,” he said. “We said, OK, and then focused on making it happen. I never thought for a moment that this was historic. The way Russo and I and Seiji approached it was a first because we wanted it to be a collaboration between the symphony and a blues band, not a symphony backing up a blues band. We thought of every possible way of making this a collaboration with classical and blues, rather than highlighting the quartet in the piece.The focus was the collaboration. That’s what really made it different.”

The first performance of what became Three Pieces for Blues Band and Symphony Orchestra was in 1968, with Ozawa conducting the Chicago Symphony. In 1973 the Siegel-Schwall Band and the San Francisco Symphony with music conductor Seiji Ozawa recorded the piece for Deutsche Grammophon.

Suddenly, Corky Siegel found himself much in demand with the classical crowd who wanted to appeal to new audiences.

“I started getting offers all over the place,” he said. “I was approached in 1975 by the San Francisco Symphony, Arthur Fiedler and the City of San Francisco to write some symphonic arrangements of songs for orchestra. I had never written anything in my life before. I wrote a symphonic blues and performed it in 1976. From there, the National Symphony heard it and the Grant Park Symphony of Chicago wanted me to write for them. All of a sudden I found myself in the middle, being a composer in this, with Russo’s mentoring. That’s when Chamber Blues happened. First of all, I fell in love with the concept. It took me over. Then I realized it was hard to get the symphony in a bus. That’s when I started Chamber Blues. I’m a practical person. I stopped playing saxophone because it didn’t fit in my pocket. And I started writing chamber music because the symphony didn’t fit in the bus.”

Siegel said he remembers the very first question about that classical-blues collaboration as if it were yesterday. 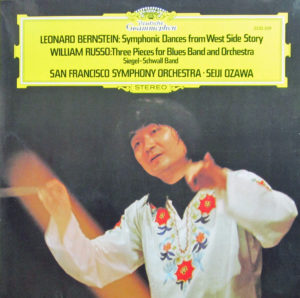 “Seiji and Bill Russo turned to me and said, ‘So how are we going to do this?’ Literally, I will never forget, that was the first question they asked. I said, let’s start with Charles Ives and work from there, which means we’ll have classical and blues juxtaposed without any relationship to each other. Charles Ives did a piece called ‘Music for Two Marching Bands,’ so the concept was let’s have music for symphony and blues band and have them playing totally different things together. If you listen to the first part after the introduction, you’ll hear that’s exactly what’s happening – Siegel-Schwall’s playing a shuffle and the symphony’s doing something else.

“Then,” he continued, “let’s have the blues band play an ostinato and the symphony plays what fits on top of that. Then let’s have the symphony play an ostinato. Blues is based on ostinato, repeated phrases. You get into a hypnotic sense or trance. Siegel-Schwall would improvise on the symphony’s ostinato. Then we had every mathematical possibility of those two forms and work up from there. It was a very mathematical planning of how we were going to juxtapose blues and classical and highlight each other. Same thing as Will and I. What do we both have to offer?”

The Feb. 9 Celebrate Community Winter Concert Series with Corky Siegel and Will Tilson at the Door County Fire Co. begins at 7 pm and costs $15. Proceeds will benefit The Healing Project. For table reservations or for more information, call 920.493.5979.