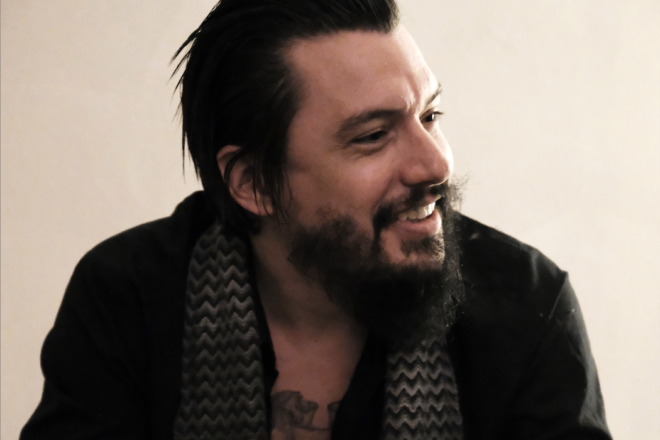 Cory Chisel grew up as the son of a classical musician mother, but for 40 years, he avoided following in her footsteps.

“I always felt her abilities were way beyond me as a child,” he says. “And it also seemed really hard.”

But when the pandemic shut down live shows and tours for the Appleton-based folk rocker and Mile of Music co-founder, Chisel found himself accessing a different part of his brain.

“Writing about perseverance in the midst of a mass extinction of what we do in live music – that became really hard,” he says. “I had to switch mediums to make it work for me.”

Chisel – who has collaborated with the likes of Rosanne Cash, Norah Jones and Rodney Crowell, and has appeared on Late Night with Conan O’Brien, Late Show with David Letterman, and Late Night with Jimmy Fallon – transitioned into the work that so many of his musician friends had moved into years earlier: writing for film and television.

Though he says he can’t read a note of music, he was able to make the move with the help of old stage-mates Samuel Ferrell and Adam Drossart – both accomplished technical musicians who helped him put his ideas into a different instrument.

“My artistic process has always been one way,” Chisel says. “There’s some kind of radio station playing in my head. Almost never is it a rock and roll band – it’s always orchestral or symphonic – and I turn it into what I can play. And with this, I let it come out as it was. I was able to sing everything I heard in my head, and they were able to put it down.”

Chisel has since created music for pilots of several shows for Disney+ and Apple, including the musical comedy Central Park. The collaborations opened the door to a new creative challenge for the Grammy-nominated songwriter who had been used to “excavating my soul” in isolation for creativity, not laughing through the creative process with hilarious collaborators. But as fulfilling as that effort has been creatively, Chisel still longed for the stage.

“What I am craving post-COVID is just a reconnection with the main group of musicians I’ve spent so much of my life with that I haven’t been able to play a live show with for two years,” Chisel says. “We all live close, but we’ve had to be in our own bubbles. Our main form of communication is through art, and we’ve lost that.”

On June 18, he’ll do that for the first time in two years when Cory Chisel and Friends take the stage at the Door County Beer Festival at Maxwelton Braes Lodge in Baileys Harbor.

“I put out the call to a few folks, and a few more, and pretty soon we have folks coming from Chicago, from Nashville,” he says of his friends who longed to play together and jumped at the chance to come to Door County. “We’re just having a big party, which is my favorite thing to do. Just playing for the sheer love of playing. It’s the perfect way to come back. I like to drive a pirate ship.”

They’ll play a good number of Chisel songs, but also a lot of songs they’ve been excited to try playing for the first time. “I don’t need to spend two hours playing my songs about struggle,” he says. “We want to put on the best possible backyard party and bring a special experience to Door County.”

Cory Chisel and Friends
at the Door County Beer Festival

When: Saturday, June 18, 12-4 pm
Where: Maxwelton Braes Lodge in Baileys Harbor
What: Grammy-nominated singer-songwriter Cory Chisel – and friends – will headline the festival of Midwestern craft beer. Sample brews from 45 craft breweries; enjoy food from five local vendors; and party with Chisel and Friends on the backyard lawn.
Tickets: $50