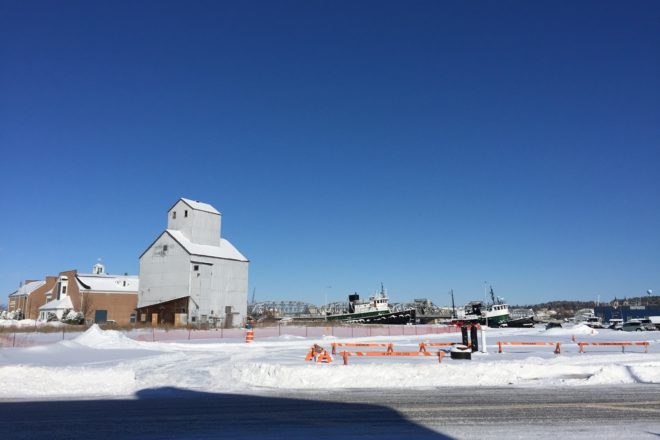 The Sturgeon Bay Common Council awarded a contract to dismantle the Granary on the West Waterfront at its Jan. 16 meeting. Photo by Myles Dannhausen Jr.

The Sturgeon Bay Common Council awarded a contract to dismantle the historic Granary building Tuesday in a vote decided not by discussion, but by speed.

In one of the most bizarre scenes you’ll see at a government meeting, the council voted 4 – 0 to award the contract as three alderwomen who have fought to save the Granary were unable to leave the room in time to prevent a quorum.

When Alderman David Ward made a motion to award the contract, Alderwomen Laurel Hauser, Barbara Allmann, and Kelly Catarozoli rose from their chairs to leave the council chambers. But before they could exit the room, Mayor Birmingham called for the vote and Aldermen Ward, Richard Wiesner, Stewart Fett and Ron Vandertie voted to award the contract without discussion.

After the meeting, City Attorney Randy Nesbitt confirmed the vote was legal because the state considers it a quorum if the council members are still in the room when the vote is taken.

After the vote, the meeting was adjourned due to lack of quorum. It’s unclear when deconstruction of the Granary might start. Administrator Josh VanLieshout did not return a request for comment.

“The city today has decided to take down their last historic structure on the waterfront and thumb their noses at a $1.25 million donation,” Hauser said after the meeting. 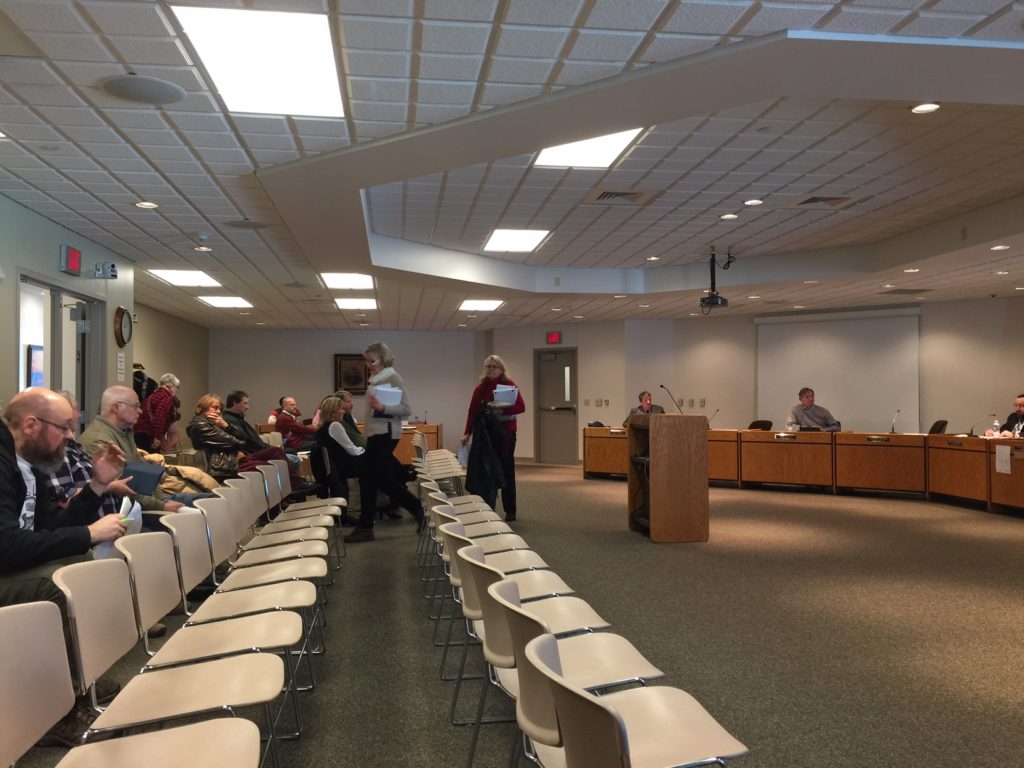 Just as the meeting started, Andrew Stern of the Wisconsin Historic Preservation Office sent an email to City Administrator Josh VanLieshout to repeat his request for materials regarding the Granary, which is listed on the Wisconsin Registry of Historic Places. That listing requires the city to negotiate with the office before dismantling the structure, but the city has ignored such requests. Any time a city takes action that might have an adverse impact on a listed property, it is required to negotiate with the Historic Preservation Office to mitigate those impacts.

Stern said he believed negotiation could be conducted quickly, and that staff would be available to meet with the city in Sturgeon Bay in the near future.

The city has argued that the window for negotiation has closed, due to the fact it has been longer than 60 days since the office first contacted the city. Stern disagrees.

“We haven’t received the materials necessary to conduct a thorough review of the project,” he said. “That request includes any structural or engineering reports that would show the need for the building to come down or that it would not be able to be rehabilitated or to potentially find outside properties that would be interested in rehabilitating the property.”

Stern said his office is discussing its next steps in light of today’s council decision, but would not speculate on what action would be taken, if any.

Also Monday, the Door County Community Foundation sent a letter to the city to alert them of an offer from an anonymous donor to completely cover the cost of contracting with the firm of Meyer Borgman and Johnson to determine the structural integrity of the Granary. That’s the same firm the city hired to perform a study in 2013.

“It is the family’s intent that this gift will allow the city to engage the services of this engineering firm to professionally and publicly determine the structural integrity of the building at absolutely no cost to the taxpayers of the City of Sturgeon Bay,” the letter states.