This December will mark 45 years since The Ridges Sanctuary in Baileys Harbor dedicated its staff and resources to coordinating the very first Door County Count Circle for the National Audubon Society’s annual Christmas Bird Count. The count is the longest-running citizen science survey in the world, dating back to 1900, and helps “assess the health of bird populations” and guide conservation action. 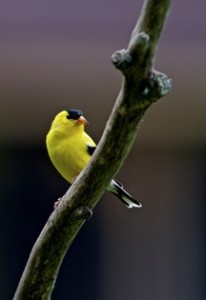 Since that first group of bird lovers came together in 1969 to count species in the county’s first Count Circle, Northern Door, four more counts have been created in the county to further support the Audubon Society’s mission to conserve and protect. Those include the Ephraim Count Circle (1976, also operating under The Ridges’ wing), Sturgeon Bay (1977), Brussels (1996) and Washington Island (2006).

A Count Circle is a 15-mile diameter circle that sets the parameters for each count that occurs. Across North America in 2012, there were more than 2,200 Count Circles (113 of them in Wisconsin) and more than 60,000 individuals trekking out into the wild to take part in the annual tradition.

Each circle has its own set of advantages and challenges, and the five in Door County are no exception.

To help interested birders navigate those challenges, The Ridges has amped up its educational offerings for birders by conducting a series of workshops titled, “Countdown to the Christmas Bird Count.” These workshops, which began in mid-October and will end in early December, educate participants on feeders, species and habitat identification, optics, and field guides and reference materials.

Ridges Development Director Judy Drew said it was just another way for the sanctuary to increase participation while decreasing the potentially intimidating parts of the bird count for newcomers. 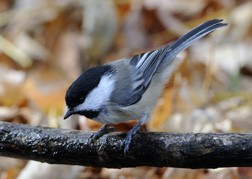 “We’ve had this long history of participation but I don’t know that we’ve done a lot of training or a lot of mentoring. Many places offer this kind of training to encourage people’s participation,” Drew said. “If you give people a little help or you have people who are beginning birders, then you can just give them a little bit of information to give them a leg up with.”

There are plenty of resources for budding birders and sometimes the passion for birding is just enough, though a mentor and the right tools help.

Longtime Door County birder Ed Pentecost has lived in Baileys Harbor for the past decade, a retired ecologist from the busy Chicago area. He first signed up for the Christmas Bird Count in 2005 and within a few short months, became more involved with The Ridges. Pentecost served six years on the sanctuary’s board, four of those as president. He has taken part in eight Christmas Bird Counts through the Ephraim Count Circle.

Pentecost, who also holds a doctorate in zoology, recalls varying experiences participating in the Christmas Bird Count – a hobby he has taken on in Illinois, Maryland and Wisconsin.

One of his most memorable experiences involves well-known American ornithologist Chandler Robbins, whose most important accomplishment in the field is the methodology of the North American Breeding Bird Survey.

Robbins was at the Patuxent National Wildlife Refuge in Laurel, Maryland, compiling information for several counts while Pentecost and a friend conducted a count there. It was then that Pentecost spotted a bird “that wasn’t supposed to be there,” (a Northern Shrike) that was so far out of its winter range that very detailed note taking ensued.

“[Robbins] had to be convinced to OK it as a rare bird site and he did,” Pentecost recalls. “He was honored in this issue of Audubon Magazine [November/December 2014] as one of the three real leaders in compiling bird data, both Christmas Counts and the breeding bird surveys that are done in the summer months. It was kind of neat to see him.” 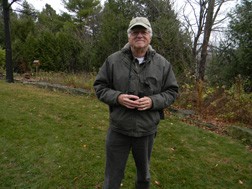 Pentecost draws his own interest in birding from his childhood growing up on a farm more than 40 years ago. It all began with waterfowl, which probably lends itself well to his participation in the Ephraim Count Circle with its large coverage of water.

“We had one field that would always be flooded so the waterfowl would come in there. I didn’t know one from the other hardly, if it was a Mallard or a Canada Goose. I was lost,” Pentecost said. “So in college as a biology major, I really took an interest in birds and it’s been with me now for 40 years.”

The ecologist mixes up his approach to the yearly count, doing some by drive, some by foot, and some in the comfort of his home observing feeding periods at his backyard feeders.

When on foot, Pentecost gears himself up with a pair of binoculars, a clipboard with paper for notes, a checklist, and a spotting scope. He guesses the average counter spends up to five hours outside for the Christmas Bird Count and does a majority of the count before afternoon.

While many people focus on the types of birds they will see while out in the serene landscape of Door County, Pentecost draws on his educational background by focusing on the decline in the number of common birds and figuring out what those trends mean.

“That’s where nationwide, the Christmas Bird Count has shown some trends,” he explained.

Not surprisingly, weather conditions also have a lot to do with not only the species seen but the number of participants as well. Last year was a year of low participation for the Ephraim Count Circle, with just 22 individuals heading outdoors in the rain, snow and wind to do their counts.

But when the weather cooperates and the Ephraim Count Circle boasts many participants, the results are often encouraging – during the past few years, bird counters have reported seeing a handful of Bald Eagles each year and an increasing number of Canada Geese. 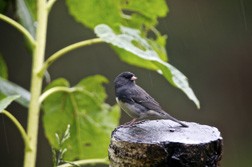 In a typical year, between 45 and 50 species are seen during the one-day Christmas Bird Count in the Ephraim Count Circle. Last year 38 were spotted, with the most popular being the American Crow, American Goldfinch, Black-capped Chickadee, Mourning Dove and Dark-eyed Junco.

The Christmas Bird Count is open to anyone interested but Pentecost recommends first-timers link up with experienced birders for a more enjoyable experience. On top of that, a little knowledge on identification and habitat can go a long way.

“Do a little homework before you go out,” Pentecost advises. “Get a good field guide and familiarize yourself with bird habitats … talk to someone who has done this before so you’re not shocked when you go out.”

Before you know it, you could be counting yourself among the ranks of longtime birders in Door County whose passion lends itself to the conservation of what Drew calls “fascinating, beautiful creatures.”

“I just think that once you get into birding, even if you start out with backyard birding, it’s really addicting,” Drew said.