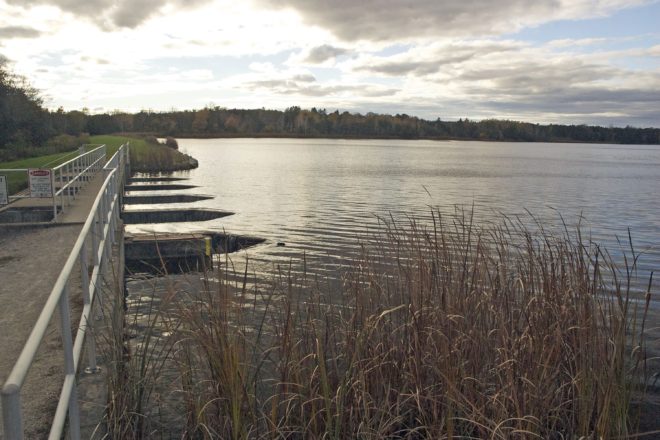 Residents who live near the Forestville millpond seemed flabbergasted to learn at the Jan. 22 county board meeting that the decision to do something about the millpond came about as a result of a tour of county parks the board took in 2016.

“They decided this on a big, fat, fraudulent lie,” said millpond resident Christine Reed after the board voted 16-4 to go ahead with the two-year millpond drawdown that was recommended by the county’s Soil and Water Department.

Reed said residents have been asking what prompted this sudden interest in “saving” the millpond when they knew of no one asking for help. Supervisor Dan Austad explained at the meeting that the idea to do something about the shallow, sediment-filled, 94-acre lake came about as a result of the 2016 parks tour.

Before that tidbit was revealed, Supervisor Megan Lundahl said to county conservationist Erin Hanson, “This came to a head because the folks of Forestville wanted something done?”

“Not true,” came a chorus of Forestville voices in the back of the room.

“Leave it alone,” someone added.

During the earlier public-comment period, people who live on or near the millpond, as well as several who live downstream of the dammed pond, gave reasons why they are against a two-year drawdown, which included everything from fear of fungal infection from rotting plant material to their kids missing out on their daily fishing routine on the pond.

“Ladies and gentlemen,” said millpond resident Robert Sijgers, the millpond is not dying. It’s being killed.” He suggested agricultural runoff is responsible for the eutrophication of the pond and said the polluters should pay for the cleanup.

Forestville Village President Terry McNulty said he was embarrassed by the way residents have been treated in this process, claiming they have been told to stop whining and that they have nothing new to say on the subject. He called the plan flawed and said it makes “no sense to do anything until the cause is corrected.”

Village trustee Lora Jorgenson asked the board to either vote no on the drawdown or table it for further study. “Agricultural runoff is the white elephant in the room, and no one is holding anyone accountable,” she said.

Several supervisors asked questions about the possibility of dredging instead of the drawdown (too costly), and whether the impounded sediments would be released during the drawdown, to which Erin Hanson said the controlled manner of the drawdown should minimize sediment release.

County Administrator Ken Pabich said comparing the millpond project to the one at Dunes Lake, where dredging was done, is not a fair comparison because the millpond is an impoundment area, and Dunes Lake is considered an important wetland area.

Ultimately, the board voted 16-4 in favor of the two-year drawdown, which will take place next November. Supervisors voting against were David Englebert, Jon Koch, Megan Lundahl and Nancy Robillard.

• The board voted 16-4 to proceed with a remodeling project of the Government Center, awarding the contract to low bidder IEI, whose bid was $412,000. “Will this do it for a while?” asked Supervisor Ken Fisher. “This is what, the fourth remodel in 12 years?” Administrator Pabich said the remodeling will allow for operational efficiencies for departments on the first and third floors of the building. Voting against were supervisors David Englebert, Jon Koch, John Neinas and Laura Vlies Wotachek.

• Accepted a donation of 10 acres of land from Bruce McLaren of Washington Island for a new county emergency-services building. The board also authorized $30,000 for the design of the facility and $800,000 for construction.

• Authorized $13,000 to be transferred to the county clerk’s budget for the cost of the two unanticipated special elections that were held last year for the 1st District Senate seat.