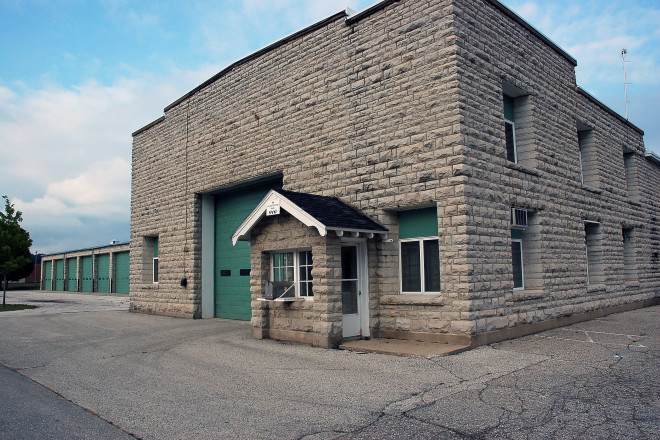 The inspiration for that bon mot was the meeting itself, which was called by Chair Richard Virlee to discuss rehabilitating the former Door County Highway Dept. building at John Miles County Park in Sturgeon Bay to contain both a planned central ambulance station and a human resource center building to house the senior citizen center and the Aging and Disability Resource Center. The old highway shop has been vacant since 2004 when the department moved into its new quarters off of Duluth Avenue. 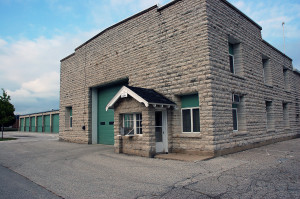 Both of the proposed projects already have preliminary plans drawn up for individual buildings – the 14,370 square foot ambulance station was designed for a spot on Ministry Door County Medical Center property along Michigan Avenue, and the human resource center, a 24,662 square foot building at the current senior center off 14th Avenue in Sturgeon Bay.

The major bone of contention some county board supervisors have with the ambulance location is that the space is leased from the hospital rather than owned by the county, and the hospital is asking for $1,500 a year for a 50-year lease, rather than the $1 a year the county pays for its current location. The county has 15 years left on its current lease, but EMS Director Dan Williams said his team has badly outgrown the current facility.

Virlee said he had Buildings and Grounds Supervisor Wayne Spritka put together some information on the former highway building.

Virlee pointed out that there is 77,564 square feet of space in the old highway shop.

“The big thing for me is that we own it,” Virlee said. “The location, I think is good for both. It would give a use of the old highway garage, finally.”

Adding that the cost of the two standalone buildings could easily reach $10 million, Virlee suggested the county could save taxpayers several million dollars by locating the two different services under one standing roof.

“I can’t imagine we would rehab the old highway shop, and even if you had to put an elevator in to use the second floor, it would come anywhere near $10 million,” he said.

Virlee said he is also concerned that things could change for the hospital, which has an option to get out of the lease with the county by giving a year’s notice, which would force the county to rebuild a new home for the ambulance station.

“It’s not a good situation,” said Supervisor Ken Fisher, who suggested coming up with “a dollar amount to spend on a professional to look at the building and come back to us to see what a rehab would cost.” Corporation Counsel Grant Thomas suggested the dollar amount be left out of the motion.

“There’s always been a question of what to do with the highway shop,” Pabich said, saying there is value to having a study done either way. “At least that’s done. Either use it, sell it, or tear it down.”

It was at this point that Supervisor Zipperer introduced the idea of three speeds for county government.

“We almost get it off the ground and suddenly we hit a rock or stone or pebble,” he said. “I believe the sign is red.”

Zipperer pointed out that committees spent a lot of time putting together the original plans for two standalone buildings and in the past the county board was “afraid to even lease” the old highway shop to anyone. The cost to rehab it “will shoot it out of the water,” he said.

From the audience, County Board Chair Dan Austad voiced his opinion on a feasibility study for the old highway building: “I think it’s a no-brainer to spend that money now and find out what you can do with it.”

The committee voted to authorize a request for proposal for a feasibility study to be drawn up for the full county board’s approval.

Fisher asked Corporation Counselor Thomas how far away he was from reaching a contract agreement with the hospital to lease the three-acre site for the ambulance station. Thomas said it’s up to the hospital, but it could possibly be wrapped up in a month.

EMS Director Dan Williams said the contract as first written by the hospital was full of flaws that he expects Thomas to work out, and suggested that if the flaws cannot be remedied, the committee can vote again on the proposal.

Fisher moved to continue the work to secure a lease contract for the ambulance station on the hospital property, which prompted Virlee to say, “You think it’s necessary to do that? I think we’re kind of ahead of ourselves.” The motion passed on a 4-2 vote, with Virlee and Supervisor Randy Halstead voting against it.

The next Property Committee meeting is 9 am on Sept. 11.