Ever since the announcement of a $3.6 million budget cut for the University of Wisconsin-Extension, Rob Burke has been expecting people to show up at the Door County Extension office in the county’s Government Center with tape measures to size it up for their own purposes.

Burke is head of the Door County Extension office and is in charge of community development, and he revealed the tentative feel to the office since the budget cut announcement at a Feb. 26 special meeting of the county’s Agriculture & Extension Education Committee, where Burke, his colleague 4-H Youth Development Specialist Dawn Vandevoort, committee members and County Administrator Ken Pabich took part in a teleconference with three top UW-Extension administrators who explained “nEXT Generation,” the reorganizational plan that is being created, they said, in response to the budget cut.

Aaron Brower, provost and vice chancellor of UW-Extension, Richard Klemme, dean and director of the Cooperative Extension division of UW-Extension, and Annie Jones, associate dean and associated director of Cooperative Extension, explained that a steering group has been appointed to organize a series of work groups, each of which will address various challenges for the reorganization. They said they expect to have findings from the working groups by late summer or early fall and will begin implementing the changes in the next 18 months.

Brower admitted this would be significant change, the biggest the UW-Extension has undertaken in decades. 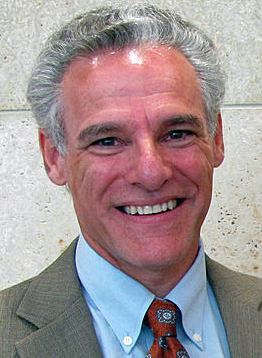 “So it’s important to get this right,” he said, adding that there is no evil genius behind the curtain.

“This is really all of us together trying to figure out what’s the next stage in Cooperative Extension to provide the really good work it does for the whole state,” he said.

“We need to figure out with $3.6 million less, how do we continue to serve counties effectively?” Klemme said.

One of the changes introduced by the trio was another layer of administration, described as roughly 20 area leaders, which, Brower said, will allow extension educators who have been spending time on administrative duties to be able to focus solely on education in the communities they serve.

The administrators also talked about multi-county service units. In that scenario, Door County would share an extension office with Kewaunee and Manitowoc counties.

“There is not a one-size-fits-all solution,” Brower said, adding that one county’s staffing may look very different from another’s.

“Specifics are what work groups will work through,” he said. 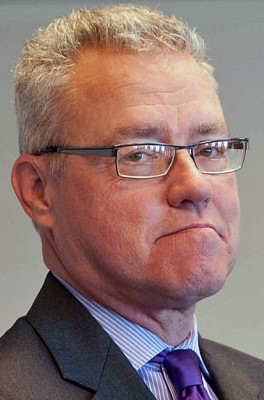 Brower said UW-Extension Chancellor Cathy Sandeen has been talking with legislators about the future of UW-Extension in light of political rhetoric that was tossed around during last summer’s heated budget debate that had some lawmakers questioning the worth of the extension service, and some wondering aloud if it was outdated.

Klemme said support for the work of UW-Extension has been extremely encouraging during the past few months of self-examination.

“The passion for programs has been overwhelmingly positive,” he said.

Brower warned that that the Extension system is bracing for more belt-tightening in the future.

“No one is saying, don’t worry we will restore all your money in the next biennium. We can assume that is not on the table, that we can just wait this out,” he said. “That isn’t going to happen.”

With all the uncertainties and UW-Extension circling the wagons to prepare for the future, Brower asked the county officials watching to trust in the relationship.

“I would say in the short run, this is the ask of county governments – hang in there with us. Keep your structures in place,” he said, adding that counties should maintain the funding they set for 2016 into 2017. Brower said counties can expect more serious conversations in November after the working groups have reported back.

“We pledge to engage you and keep the conversations going,” Brower said.

In a discussion after the teleconference, Agriculture and Extension Education Committee Chair Roy Englebert summed it up by saying, “Sounds like less service for the same amount of money.”

Engelbert suggested the committee draft a resolution for approval by the full county board that opposes the reorganization plan, perhaps modeled after a strongly worded resolution by the LaCrosse County Board that accused the plan of being flawed, not transparent, full of unanswered questions, and without any county input, even though counties are considered Extension partners.

The committee will discuss how it wants to proceed at its next regularly scheduled meeting at 8:30 am on March 9.