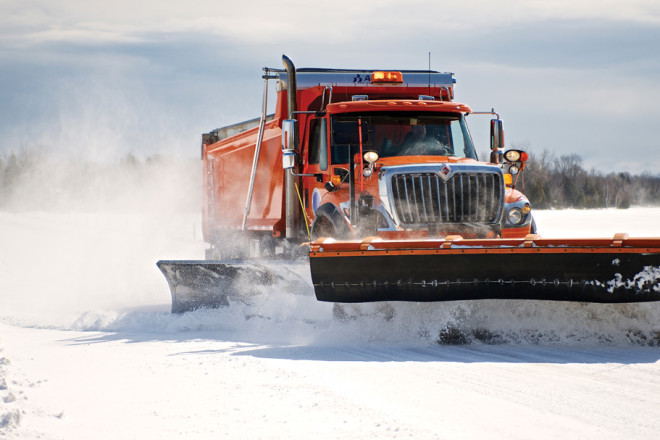 Three options were provided. Option 1 had Highway plowing the parks at an estimated cost of $1,120 per storm event, or about $22,400 for 20 storms throughout a winter. In order to achieve savings, an Airport & Parks worker would have to be laid off for five months (December through April).

Option 2 is the same as option 1, with the exception that instead of laying off a staff member, a maintenance worker position would be transferred to the Buildings and Ground Dept. to take over all maintenance for John Miles Park.

The third option was to do nothing.

“I’m of the opinion this time we’re trying to fix something that’s not broken,” said Supervisor Don Sitte.

Supervisor Steve Sohns said there are already complaints that it takes highway crews too long to get to town roads (which come after state highways and county roads). “This is going to make them wait longer if they’re doing the parks as well,” he said.

Supervisor Ken Fisher said he could not immediately support the plan. “I want that month to think about it because it’s not critical at this time,” he said.

The joint committee voted to try Option 2 for a year, with Fisher, Sohns and Supervisor Richard Virlee voting in opposition.

According to the plan, the Highway Dept. will begin plowing open county parks in January 2017, although the number of open parks could change by then.

At its regular monthly meeting on Aug. 10, the Airport & Parks Committee heard from Christine and Keith Bridenhagen about keeping Ellison Bluff County Park open the whole year, which would require plowing after snow. No word yet on how that went. Stay tuned.