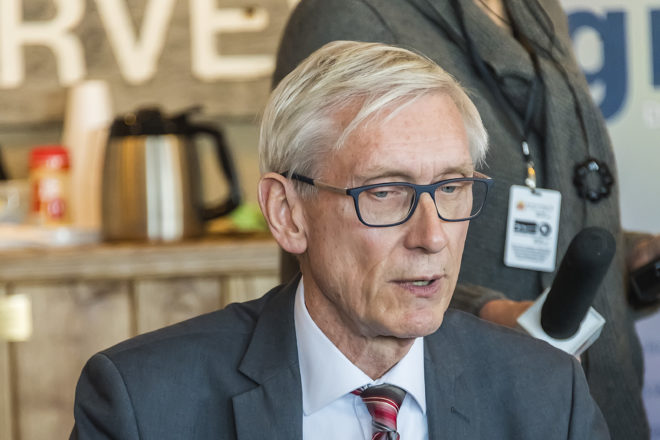 The order limits indoor gatherings in public spaces to 25 percent of the occupancy limits for rooms or buildings, and to no more than 10 for events at a private residence that are open to the public. The order does not apply to child care settings, schools, churches, colleges and non-public workplaces. The order is in effect through Nov. 6.

As of Tuesday, Oct. 6, there were 149 people hospitalized in northeastern Wisconsin with Covid-19. Statewide 853 people are now hospitalized with the virus, up from 293 a month earlier. The spike led Door County Medical Center to join hundreds of medical professionals statewide urging the public to wear masks, avoid large gatherings, and take measures to alleviate the pressure on the state’s health care system.

The Green Bay Packers announced that they will not be hosting fans at home games for the foreseeable future.

“In order to host fans, the area will need to see a marked improvement in the rate of hospitalizations, as well as the community infection rate and positivity rate,” said a release sent out by the team.

Locally, the Fall 50 run, which hosts more than 2,000 participants each October, was canceled Tuesday.

“Despite our best efforts to make our event Covid safe, the recent surge in Covid cases in northeast Wisconsin prevents us from proceeding,” director Sean Ryan said in an email to participants Tuesday. He wrote that the Door County Public Health Manager, medical partners at Door County Medical Center, and local government officials urged him to cancel the event.

“Disregarding these appeals could result in our permits being revoked at the last minute, a scenario we must avoid,” he said.

The order by Gov. Evers comes as the Republican leaders of the Wisconsin State Legislature Robin Vos and Scott Fitzgerald filed a brief on behalf of the legislature in support of a lawsuit seeking to overturn Gov. Tony Evers mask mandate. First District Assemblyman Joel Kitchens said that while he believes Evers order was illegal, he “was not in favor of the legislature getting involved in that lawsuit.”