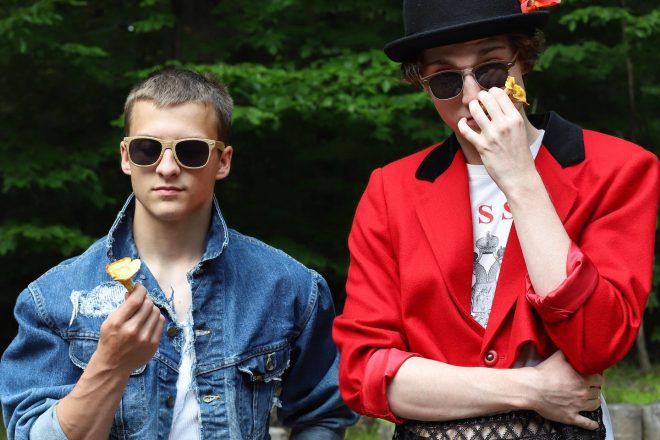 It’s never too late to start a Halloween costume – or too early, for that matter. When October rolls around, everyone seems to be scrambling to throw together a last-minute costume, flipping through the limited options of pre-made stuff that has likely been picked over.

So, as Halloween fans all try to put something fun together, I thought it would be helpful to talk to a costume designer to glean some tips and tricks as we close in on the spooky holiday.

When costume designer Karin Kopischke first approaches a design, she likes to connect with the character first, getting into it as a psychologist or anthropologist would: really studying who the person is.

Kopischke began designing costumes for theaters in 1987 after a stint in a high-end department store in San Francisco, where her husband, Alan, was working on his master’s at the American Conservatory Theater. Now she teaches costume design and technology at Lawrence University while doing some freelance work and creating original designs for her clothing company, Gothic Flower.

Kopischke’s tips for spicing up a Halloween costume come down to three main points: support local (if possible) and area businesses and artisans, turn to thrifting, and use your creativity.

She suggests checking out any local costume shops or theaters because some are willing to rent costumes. Among the Wisconsin costume shops that she recommends are the Milwaukee Repertory Theater, Skylight Opera Theater and Miller and Campbell Costume Shop. You could also support local artisans by commissioning someone to tailor a costume just for you.

Renting costume pieces or commissioning work may be out of your price range, so Kopischke’s obsession of late could also be your way to go: thrifting!

“You get a wonderful variety of things that you can’t find out in the regular stores – strange trends through the decades,” she said about exploring and shopping at thrift stores.

Just as Kopischke approaches creating costumes for theater characters, she recommends taking inspiration from characters from your favorite media, or waiting until you find pieces that call to you during your thrifting missions to create an entirely new character.

Lastly, Kopishcke urges creativity and thinking outside the box. There’s a lot you can come up with just by using pieces from your own wardrobe. She remembered a time she saw a woman dressed in a simple slip with a card pinned to it that read, “Freud.” It was a Freudian slip! I’m reminded of the time when one of my good friends, Peter Burress, arrived at a Halloween party dressed in all black, hair gelled, sunglasses on, but with a large, cardboard muffin encircling him, attached by thin strings across his shoulders – a stud muffin, it turned out. (I can’t remember whether he won the costume contest that year or the year when he dressed as a chick magnet.)

Whether you go all out or keep it simple, there’s still time left to put something together. As for me, I’ll be harnessing my creativity for a DIY costume that will debut at the Pride Halloween party (more on that later).