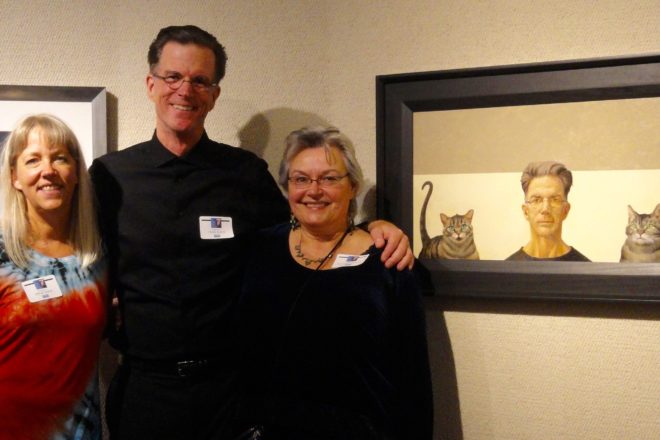 The seventh annual Door Prize for Portraiture, currently on display at the Miller Art Museum in Sturgeon Bay, opened June 4 with an enthusiastic audience of artists and patrons. Craig Blietz (Sister Bay) was announced as the winner of the Best in Show for his oil on linen painting “Steps of the Lion House.” Bonnita Budysz (Manitowoc), Sharon Delvoye (Green Bay) and Shelby Keefe (Milwaukee) each took home Honorable Mentions.

“Embedded in my work are recognizable, form-rendered animals set in a context that is both abstract and formalist,” writes Blietz. “Animals are the perfect non-verbal messenger of a painting’s symbolism. They serve as the surrogate for an open narrative, and their mere presence and form plays out a human drama.” 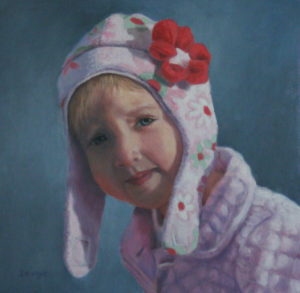 Walfish said of the exhibit, “There were so many wonderful works on display that it was not easy choosing winners… I selected winners based on my response to how I felt the artists conveyed a connection with their subjects. The selected pieces portray a strong sense of presence and reveal individual personalities. This exhibition is filled with terrific work; we are lucky to have such talented artists here in Wisconsin.”

The show closes July 26. Visit the museum’s Facebook page for more information and to view a complete artist list.

The Miller Art Museum is located in the Door County Library in Sturgeon Bay at 107 S. 4th Avenue. Admission is free and the museum is fully accessible; an elevator is available to access galleries in the mezzanine. Hours are 10 am to 8 pm on Mon. and 10 am to 5 pm Tues. through Sat.