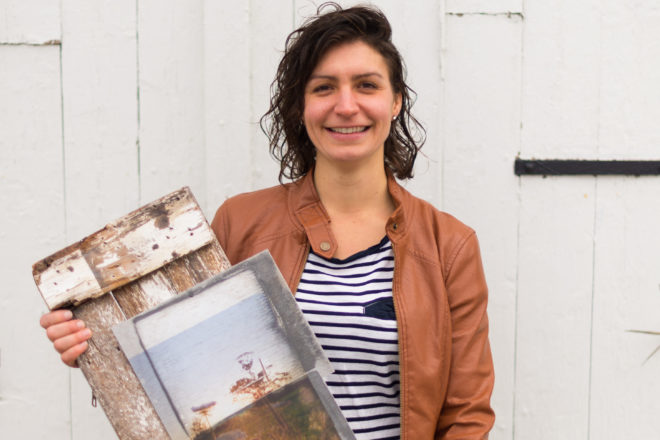 For any creative person who has made Door County their home, artistic inspiration and opportunity are endless. But for those intent on making the peninsula a year-round home, creative pursuits often come secondary to making a living.

When Erin Tauscher arrived here in 2016, it was with the intention of finding a better work-life balance. A self-described “workaholic,” she had spent the better part of the past decade working – and burning out from – high-stress occupational therapy jobs in Minneapolis.

Then, an opportunity to move to Door County came along. She was ready for a new beginning.

“My friends from college bought Roots Inn & Kitchen, Sarah and Collin [Doherty], and they were like, ‘You should come up to Door County for the summer. You can stay at grandma’s place and help us out here and be around,’” Tauscher said.

She arrived in June 2016 with one clear goal in mind: to pursue photography as a creative outlet. There were no occupational therapy vacancies at the time, so she pursued work in local bars and restaurants. 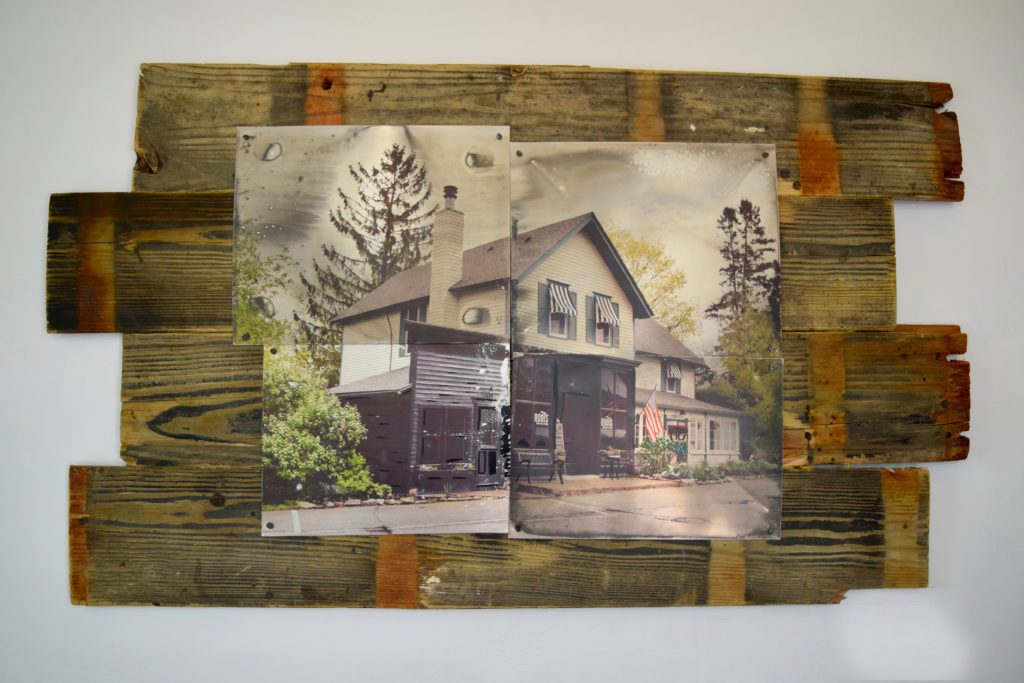 It wasn’t long before she bought a DSLR and, with camera in hand, began acquainting herself with the peninsula’s land and waterscapes, and developing her own unique photography style.

But during that first summer, she began recognizing the challenge of finding time for creative outlets.

“One of the big challenges is the social norm here is work, work, work, work in the summer and work two or three jobs and you can get carried away with that too…you have no time for creativity,” she said. “…You need to create time and space for it so the biggest lesson has been: have faith. You’re not going to get instant payback on stuff that you do, and it doesn’t even matter. If you’re doing it for your soul, that’s payoff enough. Create the time and the space and eventually things open up but you have to have faith in it.”

Tauscher began creating time and space, dedicating summer mornings to chasing sunrises with her camera and exploring creative ways to display her photos.

She found inspiration in the works of American photographer, mixed media artist and printmaker Bonny Lhotka, who incorporates a variety of surfaces (glass, acrylic and aluminum, among others) into her work. Tauscher studied Lhotka’s technique and gathered materials to develop her own unique version. She began printing her images of Door County sunsets, iconic buildings and towering bluffs onto aged aluminum plates and framing them with driftwood and reclaimed wood. 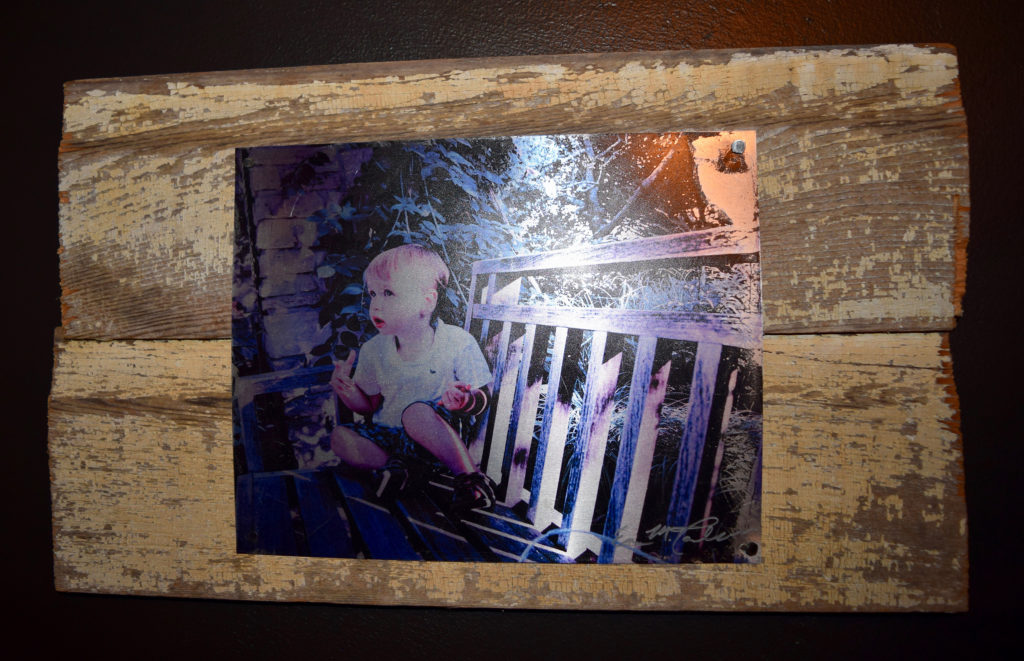 “The Innocence of Theo.”

This year, her work was on display at Bearded Heart Coffee and Roots Inn & Kitchen. In August, she joined a group of local artists in repurposing reclaimed material from the old Eagle Tower in Peninsula State Park. Items created by the artists were auctioned off to raise funds toward the rebuilding of the tower. Tauscher created three photographic pieces using wood from the old Eagle Tower posts and railings.

The experience proved to Tauscher that believing in the process would open doors. She has since been commissioned to work on a large metal photo collage for a Green Bay hotel and has been accepting holiday orders from family and friends.

The recent success of her creative endeavor hasn’t been lost on Tauscher, but she’s careful to let her creative outlet continue being just that.

“I can be very logical and calculated but there’s something to be said for expressing that other part of yourself that’s completely unpredictable and spontaneous and creative,” she said. “So there’s an element of having to be logical and work on things and figure things out, but let’s just see what comes up. I’m not going to have all these rigid goals. I just want to keep it light and fun.”

For more of her work, find “Erin M. Tauscher Photography Art” on Facebook.