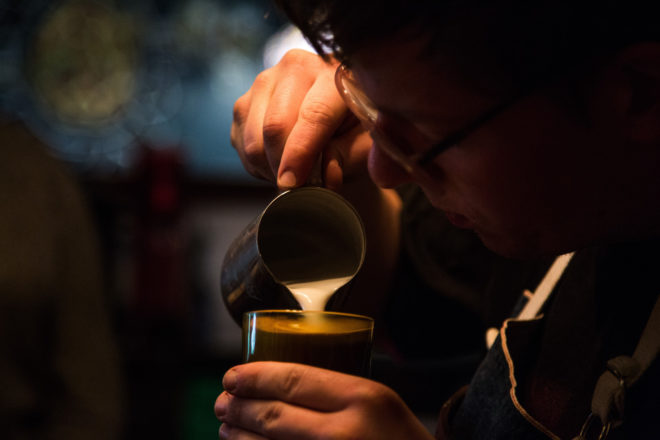 In March 2020, social-distancing protocols changed the way we shopped, dined and interacted with almost everything. Businesses were forced to make choices: adapt to new COVID-19 protocols to remain open, seek funding to replace lost income and wait it out, or close down.

The difficult choices were made even harder for individual or small-business owners who typically don’t have a financial professional on staff to advise them. And what about businesses with a creative at the helm who tends to think about being a brand first and a business last?

Photographers, musicians, artists and woodworkers – even brewers and coffee roasters – have typically started their careers as an artistic pursuit, with the business side of it coming second, even after that passion has become the main source of income.

This was one of the problems that many creative entrepreneurs faced in choosing how to navigate the economic downturn. Not having considered their endeavors to be businesses in the traditional sense, they had engaged less with the business community and networking groups that aim to keep businesses up to date with grants and funding opportunities, such as the Door County Economic Development Corporation.

Still, many creative entrepreneurs managed to find their way. The advice may have come more circuitously, and it often came just in time.

Glass artist Deanna Clayton learned about the first round of the Paycheck Protection Program (PPP) – a federal relief program designed to help businesses keep their workers employed – through a chance encounter with her banker at Nicolet. With all her gallery shows and events canceled due to COVID-19, Clayton called her personal loan banker to investigate refinancing her studio, and he asked whether she’d applied for the PPP.

“I didn’t think I could apply because I’m self-employed,” Clayton said. “But he said that they’d opened it up to self-employed people, too, and I was now eligible.”

She went into the bank that same day; he helped her through the application process; and she was granted the relief that enabled her to stay in business.

Another form of relief became available to self-employed and 1099 employees for the first time as part of expanded unemployment access. Photographer Kara Counard, who was also initially unaware of her suitability for the PPP money, learned about her new eligibility for unemployment from other sole-proprietor photography colleagues through social media. She decided not to apply, however, because of the long wait times people were experiencing.

“I had heard horror stories from people saying they hadn’t got [unemployment] for six or eight weeks,” she said. “People were calling every day, and it just seemed so hard.”

Counard did apply for a $1,000 grant through the We’re All In program that she had heard about from a colleague. The program was funded through the CARES Act, which provided nearly $240 million to Wisconsin small businesses in 2020. The grant helped her survive three months of unemployment while she restructured the way she charged clients to accommodate the new kinds of weddings that are being planned.

“A lot of times [the events] were smaller, and sometimes they were less hours than usual, so I did an hourly rate instead of an eight- or 10-hour day rate,” Counard said.

Another business owner who used the We’re All In grants to adapt his business model for COVID-19 social-distancing protocols was Ryan Castelaz, a co-owner – with his father, Steve – of Discourse Coffee in Sister Bay. Castelaz chose a We’re All In grant over PPP because having to pay back the loan during the winter, when his seasonal business wasn’t open, felt too daunting.

The initial business change that he made – supported financially by the first of two We’re All In grants – was a hotel delivery program for which he hired two drivers to deliver coffee to guests at three local hotels. That idea didn’t work as well as he’d hoped, so he pivoted on the pivot, turning those drivers into cooks for a new food program.

Discourse Coffee also added merchandise and a range of chocolate to make up the difference in sales that usually would have come from a customer sticking around for hours and drinking multiple beverages.

But for many creative entrepreneurs, the most difficult obstacle to overcome was their own thinking and letting go of fixed ideas, whether that meant serving the perfect latte in a 64-ounce to-go cup, or letting a five-star meal be delivered curbside in a cardboard box.

Those who shifted their mindsets gave themselves a powerful survival tool because so many of the changes they made were not only practical from a business standpoint, but also important psychologically. Castelaz had started Discourse, for example, with a very particular vision that excluded the sale of food items in order to preserve the integrity of its coffee program.

Then COVID-19 hit. Business survival became more important than artistic intentions. They implemented changes that would save his employees’ jobs and the business. Today, Castelaz said the challenges they faced have taught him how to be nimble, flexible and quick, constantly thinking about his next moves. In the long term, he said it made him a better business owner.

Small-business owners can receive information and guidance from the Door County Economic Development Corporation (livedoorcounty.org) and UW-Green Bay’s Small Business Development Center (uwgb.edu/sbdc). They offer free business counseling and support for anyone who is working through the PPP loan-application process or has general questions about various aspects of their business, finances and business plans.