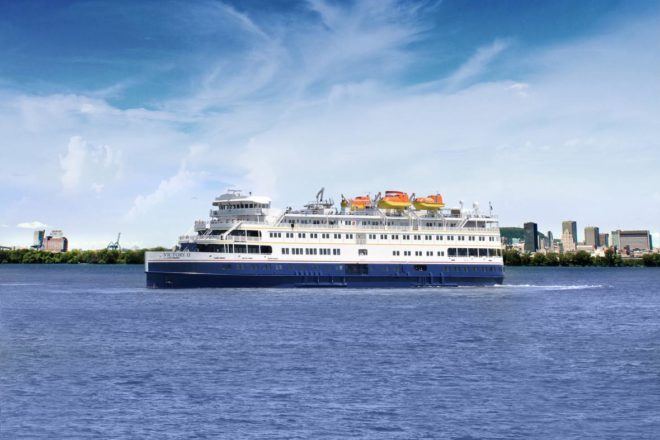 If you thought three bridges were not enough to manage the growth in the Sturgeon Bay and Northern Door tourism industry, you were not alone. Cruise lines are planning to expand offerings in the Great Lakes, particularly Lake Michigan and Lake Superior, in 2019.

A coalition of businesses and local governments announced a campaign Aug. 30 on Mackinac Island to grow the Great Lakes cruise market.

“We’re going to be visiting all five lakes,” Bruce Nierenberg, chair and founder of Miami-based Victory Cruise Lines, told Wisconsin Public Radio. “As a matter of fact, we’re starting a cruise schedule into Lake Superior in 2019 on Victory [the ship] that’s going to feature Thunder Bay and Duluth… We’re going to be going to Wisconsin ports like Sturgeon Bay, Green Bay and Milwaukee.”

Sturgeon Bay welcomed a ship from Blount Small Ship Adventures this August, but Pam Seiler, executive director of the Sturgeon Bay Visitor Center, said there is a big opportunity for growth in that market.

“Any time we can get a group of visitors in here that are unfamiliar with the area, with Sturgeon Bay and Door County, the more the better,” Seiler said.

The vessels, which are much smaller than the traditional ocean-bound cruise ships, are able to dock on the east side of the canal at Graham Park, which was remediated from a shipyard to a park in the early 2000s.

“That was developed with those thoughts in mind,” Seiler said. “If there were cruise ships available, that would be the perfect docking space for them.”

It appears cruise lines are taking advantage of the space, with trips planned in 2019 and more coming in 2020.

Victory Cruise Lines markets itself toward the older generation of travelers with no kids and beer, wine and cocktails available, at prices around $6,000 for nine nights.

“Even if they’re here for a few hours that’s plenty of time to go on a tour, grab a paddleboard, shop the streets,” Seiler said.

While the Grande Mariner from Blount Small Ship Adventures had a capacity for just 83 people, Victory Cruise Line ships have a 200-person capacity.

The ships typically only stop in a port for the day, so local lodging operators are unlikely to see a big boost from cruise ship arrivals, but Seiler said this could be the beginning of multi-day stops in Door County.