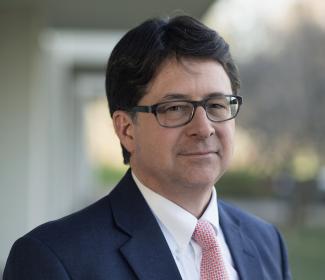 Created in Chicago in 1905, the International Workers of the World (IWW) union scared the heck out of big business and the government.

The Wobblies, as the union members were known, wanted to break away from the old-school unions and their call for “A fair day’s wage for a fair day’s work.” Instead, the Wobblies called for “abolition of the wage system.”

The idea was to create One Big Union, with equality for all workers, regardless of skill, sex, ethnicity or creed. If that wasn’t scary enough, the preamble to the IWW constitution begins:

“Between these two classes a struggle must go on until the workers of the world organize as a class, take possession of the means of production, abolish the wage system, and live in harmony with the Earth.”

“There’s something that’s really distinctly American about the IWW, even though it had Canadian chapters, it had British chapters, it had Australian chapters. For a union that was portrayed as terribly anti-American, there is something thoroughly American about its melting-pot quality, its sort of ethos of equality and equal opportunity,” said Madison attorney Dean Strang, who has written a book about the IWW and its run-in with American justice, titled Keep the Wretches in Order: America’s Biggest Mass Trial, the Rise of the Justice Department, and the Fall of the IWW.

Strang will be at Novel Bay Booksellers, 44 N. 3rd Ave. in Sturgeon Bay, on Friday, July 19, from 5 to 8 pm for a discussion and book signing.

Strang’s name may be familiar to anyone who has seen the Netflix series about the Steven Avery trial, Making a Murderer, because Strang and Jerry Buting served as Avery’s original attorneys when Avery was tried for and convicted of the murder of Teresa Halbach.

Asked whether Steven Avery rubberneckers have showed up at his two previous book events in Milwaukee and Madison, Strang said, “I don’t know the answer to that. The first two have been interview format, and the interviewers have chosen to ask a couple questions up front about the Steven Avery case and Making a Murderer. None of the audience questions have brought it up so far. They tend to focus on the book or issues that the book raises. So we’ll see. I suspect there’s some name familiarity that comes out of the Avery case. Maybe that’s part of why people show up. I don’t know.”

That’s a good thing that the conversations have so far focused on his book because it does raise some big issues about a largely forgotten episode in our history, and many of those issues – still unresolved – continue to resonate.

The title of the book is a paraphrase of a quote that one of the IWW prosecutors, assistant U.S. Attorney General William Fitts, made regarding the IWW: “Fear is the only force that will keep the wretches in order.”

Using the just-enacted 1917 Espionage Act and its conspiracy provisions, which, Strang notes in his book, “included the first general statutory procedure for seeking search warrants,” the Justice Department conducted raids on IWW halls across the country from Sept. 1917 through Dec. 26 of that year, gathering more than five tons of IWW documents, as well as office equipment and furniture, in an effort to destabilize the union.

After FBI agents pored through the documents, the Justice Department indicted IWW members in Sacramento, California, Wichita, Kansas, and Chicago, which was the largest case, with 166 defendants. The Chicago grand jury swallowed whole the case that the Justice Department presented and approved all 166 indictments.

“Never before and never since has one case in civilian courts of the United States charged so many,” Strang writes.

The 43-page Chicago indictment was “dense, deadening, and, for those reasons, confusing. Even on a close reading, it was difficult to distill into a satisfying, plain explanation of what the accused did wrong and why it was a crime,” Strang writes.

He also notes that the point of the massive indictment “was not really to punish most of those indicted as individuals. It was to break up, disrupt, and disable the IWW as an organization.”

The charges were that IWW officers and members conspired to obstruct the war through sabotage and by speaking and writing against the draft and war.

The IWW defense argued that the conspiracy to obstruct war – calling strikes for better wages and working conditions – were the ordinary activities of labor unions. The period covered by the indictments was the first six months of war, during which time IWW had called only three of the 281 strikes held throughout the country.

Eventually 112 people went to trial in Chicago when the Justice Department was unable to round up all 166 defendants. One defendant was dismissed when he showed up in court in his newly issued U.S. Army uniform. They were defended collectively by four lawyers.

The trial began March 23, 1918, and ended Aug. 30, 1918. The jury deliberated for 55 minutes before finding the defendants guilty. Sentences ranged from two to 20 years, and fines totaled more than $2.5 million.

The sabotage charges were thrown out on appeal. The U.S. Supreme Court declined to review the decisions. The IWW survived, but in a much-diminished capacity.

“It hasn’t been a significant force in shaping the American labor movement since then,” Strang said. “They’re still based in Chicago. There are locals here and there, including in this state.”

Because of changes to the legal process during the ensuing century, a trial that large could not happen again. The structural change is that now every indicted person is entitled to legal representation.

“Here if you had 112 defendants, you’d have 112 defense lawyers,” Strang said. “Multiplying the number of chairs and people, principals in the case, it would outstrip the physical capacities of any courtroom in the country and the human capacities of any judge to sort of keep things straight.”

However, Strang added that the abuses seen during the 1918 trial can still happen.

“Certainly some of the failings of that trial could recur,” he said. “I don’t think mechanically you’d ever see a trial this big, but you could see the abuses and failings. We absolutely do see this.”

Strang bumped into this story while researching his first book, Worse than the Devil: Anarchists, Clarence Darrow, and Justice in a Time of Terror (2013), about another forgotten stain on American justice. It’s the story of the 1917 bombing of a Milwaukee police station that killed nine officers and one civilian, and the subsequent trial and conviction of 11 Italian immigrants. Chicago-based attorney Clarence Darrow, who defended some of the biggest cases of his time (the Scopes monkey trial, the Leopold and Loeb murder trial), led the appeal that freed most of the defendants.

As soon as that book was released, Strang turned his attention to the Chicago IWW trial. It was a five-year process: two years of research and then writing and continued research.

“IWW was filled with immigrants,” Strang said. “It published its weekly paper in 14 languages. There were many immigrants among the 166 people named in the Chicago indictment. You see overt prejudice against immigrants, or non-citizens, in that trial from the prosecution and occasionally the judge [Chicago-based federal Judge Kenesaw Mountain Landis, who two years later would be named the first commissioner of baseball as a way of dealing with the 1919 World Series Black Sox scandal].”

One of the things that interested Strang – as someone who lives in the legal world – is, “How do our institutions that claim to administer justice, how do they perform when they are under the external pressure of fear about the outsider or patriotism engendered by the nation going to war? Nativism, which also often accompanies surges in patriotism or fear of outsiders, how do our institutions respond during those moments? That’s timely, obviously. Were in the moment, at least since September 2001, if not earlier.”

Strang, a native of South Milwaukee, said he has a long association with Door County – first through his parents, who for years had a condo at The Rushes, and now through friends who have places here. His last three visits to the county included stops at Novel Bay Booksellers.

“I won’t go to Door County anymore without going to that bookstore,” he said. “I’ll just run into something I’m not looking for but I can’t fail to buy. It’s just a real gem of a bookstore. They have a phenomenal selection for a bookstore its size, and [owners] John and Liz both seem to be working their tail ends off. It’s really a great independent bookstore. I think it’s one of the five best indie bookstores in Wisconsin already, so I’m really hopeful that it continues to grow.”