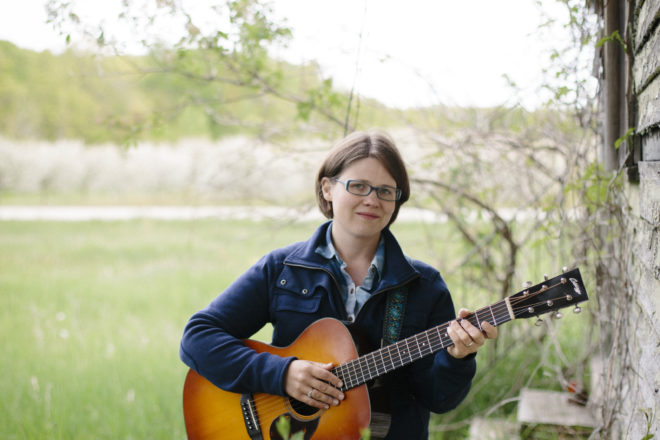 Katie Dahl is a household name in Door County, but now she’s earning recognition from much farther afield. Submitted.

Katie Dahl is a household name in Door County, but now she’s earning recognition from much farther afield. Her latest album, Wildwood, hit #7 on the international folk-DJ charts in September, and her song “Worry My Friend” was the #5 single.

Wildwood has garnered both radio success and critical acclaim. Folk-radio airplay has included spins by stations across the U.S. and in Quebec, British Columbia, England and Scotland; and Chicago’s nationally syndicated The Midnight Special named it CD of the Week.

Dahl is now touring nationally in support of Wildwood, which came out Sept. 13, and will celebrate its release during a Nov. 30 concert – a co-bill with the Capitol Sun Rays – at the Door Community Auditorium.

You can buy Wildwood at Northern Sky Theater, Robin Jay Music, Webber Chiropractic and Base Camp Coffee Shop, as well as online at  katiedahlmusic.com and on iTunes.