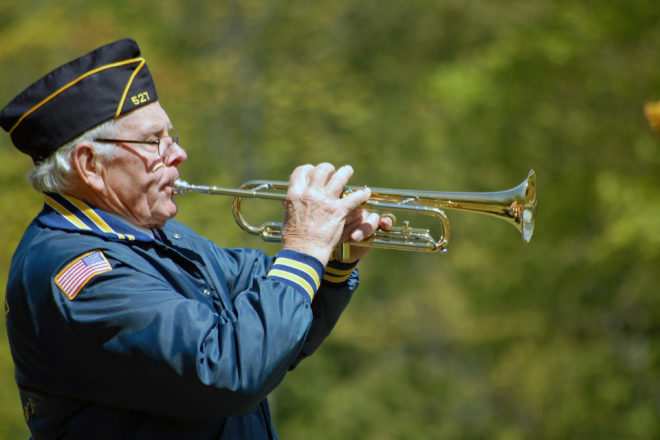 When Dale Seaquist was growing up in Sister Bay, he enjoyed the annual Memorial Day celebrations at the Little Sister Cemetery. He believes they started sometime after World War I, but isn’t sure what organization sponsored them in the beginning.

Seaquist recalls that there was always a big crowd to enjoy the music and a talk by a local pastor or politician. The Billy Weiss American Legion Post 522 was formed in 1946, and its members became responsible for the annual ceremony, with help from the VFW.

When Seaquist was in high school, Melvin Kasen, the vocal music teacher at Gibraltar, started a male chorus in which he sang bass. The chorus became a big part of the Memorial Day services, and Seaquist kept the chorus going after he graduated in 1951.

Seaquist was also a trumpet player and, along with playing in the band and singing in the male chorus at the Memorial Day celebration, he also played “echo Taps” as his classmate, Winfield Anderson, played the original notes.

Seaquist first played Taps on Memorial Day in 1947, and he hasn’t missed a year since. When he was in college at University of Wisconsin-Madison and later when he was in the Army, stationed at Fort Dix, New Jersey, he happened to be back home on Memorial Day, so his playing of Taps has continued uninterrupted. 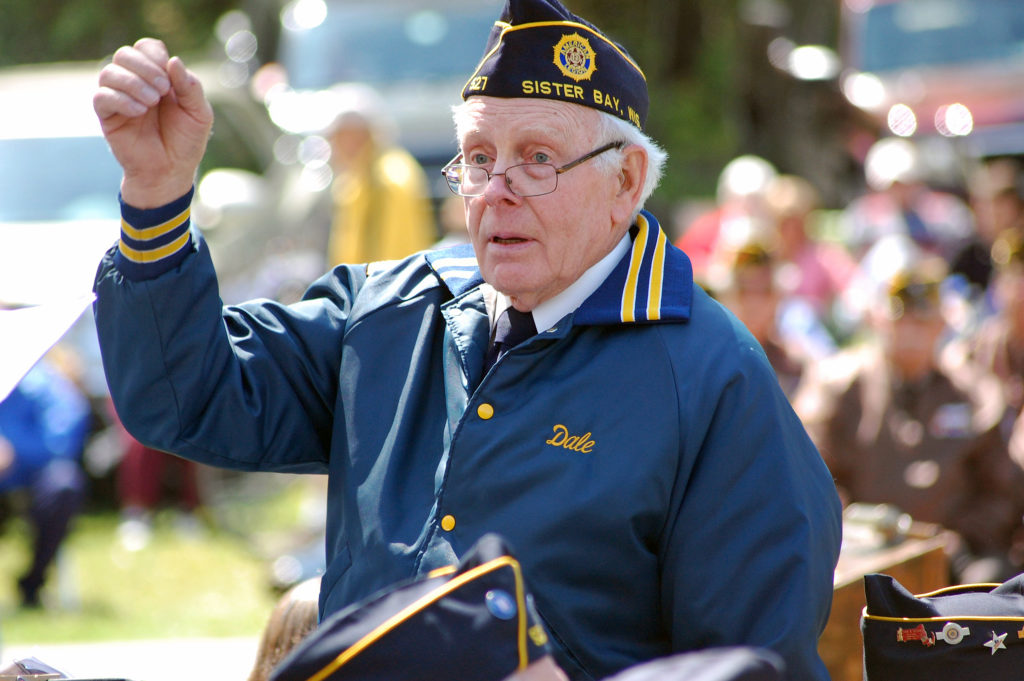 The male chorus, started decades ago, is still going, too. After Kasen left, it was based at the First Baptist Church in Sister Bay and, although men from other churches were once part of it, it’s now back to being a Baptist choir. They rehearse on Saturday nights at the church and on the morning of Memorial Day before the celebrations.

Through the years, the group was invited to sing at Soldier Field in Chicago and a number of places in Wisconsin.

While Seaquist was stationed at Fort Dix, he played his trumpet at Arlington National Cemetery, on the Ed Sullivan Show and at other places in New York. He was invited to become the bugler at West Point, but his enlistment time was up and he turned down that honor.

This Memorial Day, he’ll play Taps for the 70th consecutive time. For the past number of years, Sister Bay has had two services – at Hendrickson Park at 9 am and at Little Sister Cemetery at 10:30 am, and Dale’s Taps will be a part of both.

What many listeners won’t realize is that a live version of the familiar salute is a rarity these days. As many of those who played Taps in the past, like those whom the song honors, are no longer with us, most of the renditions we hear today come from trumpets that look real, but have a small tape player in the bell that starts with the push of a button. Dale’s playing, you can be assured, will be as real as it was 69 years ago.