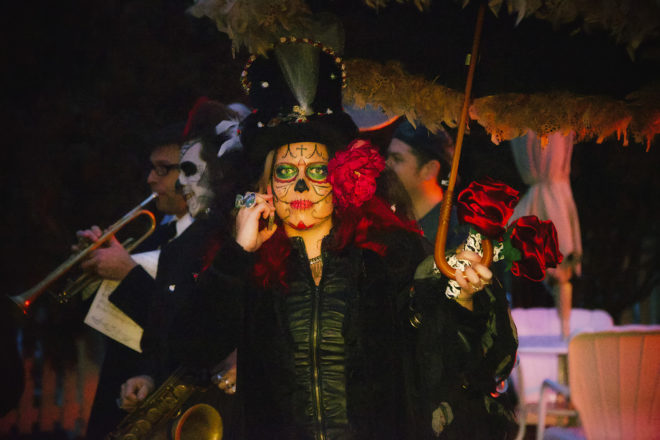 Every year since 2009 at the end of October, pat mAcdonald has invited more than 30 songwriters to set up a week-long residence at The Holiday Music Motel to hunker down and collaboratively write and record a whole new slew of songs inspired by the season’s spooky-themed holidays and the “darker” sides of life and humanity.

This year’s Dark Songs takes on a slightly different approach than it has in years past. Similar to Love On Holiday, where the songwriters are randomly assigned a visual artwork to act as muse for each song, this year writers will randomly select an element of a storyline to compose for. The end result – Dark Songs: The Taking of The Tower of Song, a Comedy of Terrors – will be a show where a storyline will unfold and be revealed in the songs through different elements, themes and characters.

There will be a couple new faces this year, Sophie Sputnik and Ralph Tutwiler (Sthorm). Sputnik is a drummer, multi-instrumentalist and vocalist who recently saw an opportunity to move from Florida to Door County. She said, “Door County ended up not only being a beautiful area, but also an intelligent orb of successful, hardworking, paid musicians. Musicians that actually want to see each other succeed.” 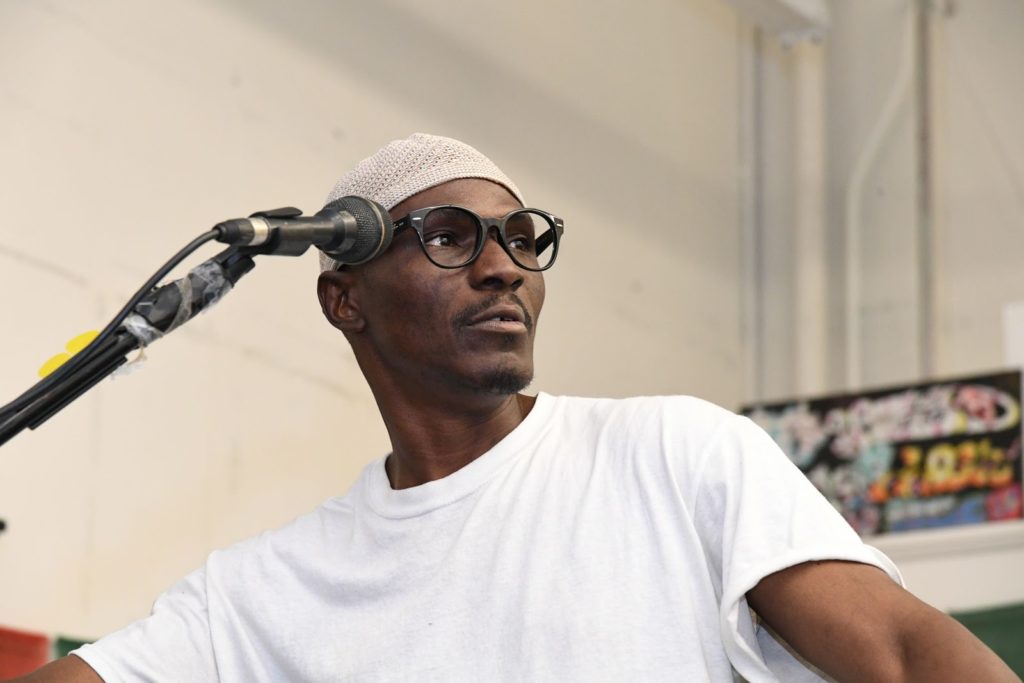 Recent Green Bay transplant, Chicago emcee Ralph Tutwiler (AKA “Sthorm”) joins Dark Songs, adding his own distinctive beat poetic style and physical expression into this year’s performances. “I really loved his energy and his way with words, and just knew that he’d be a great addition this year. We are really excited that he wanted to participate and look forward to seeing what he comes up with in a collaborative setting,” said pat mAcdonald, creative director and founder of the annual songwriting event.

Dark Songs Vol. 8 will be released Oct. 22 at 3:33 pm on SteelBridgeRadio.com/listen. All Dark Songs CDs will be available for sale at Third Avenue Playhouse on the night of the shows and available at HolidayMusicMotel.com/store. The full collection (Dark Songs Vols. 1-8) will be available on special release guitar-shaped thumb drives on Holiday Music Motel key tags.

The Dark Songs performances will be held Oct. 27 & 28, 7:30 pm each night at Third Avenue Playhouse (TAP) in Sturgeon Bay. Admission is $5 at the door.