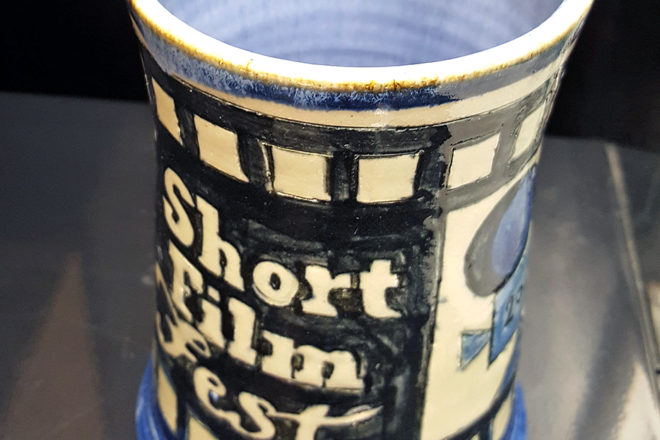 The Sister Bay Advancement Association (SBAA) has announced that the ninth annual Door County Short Film Fest (DCSFF) will take place in the Sister Bay Village Hall on Feb. 16 & 17. On Friday night, the premiere of a locally produced film will kick off the festival, while on Saturday, short films from around the world will run from 2 – 8 pm, with intermissions for talk-backs with filmmakers.

Last year’s Film Fest was the most successful event in the festival’s history, and organizers say they believe they have now discovered the formula to make the ninth annual event even better. The festival will also still feature its low $5 ticket price for admission on both days.

“The eighth annual festival was a revelation to all of us,” said Louise Howson, the SBAA’s Community Coordinator. “Opening night’s cocktail party and film premiere played to a full house and Saturday’s showing of short films was the same. The combination of great films, a low ticket price, good free popcorn, and pizza and beer from two local, prominent restaurants was powerful on a winter weekend!”

During the screening of 20-plus short films on Saturday, there will be multiple intermissions for several of the submitting filmmakers to discuss their movies and answer audience questions. The 2018 Golden Mug will be presented to the film that a four-person jury selects as the “best of the fest.”

Festival Executive Director Chris Opper said he has already viewed dozens of short films to make this year’s selections, but noted that submissions are still open through Jan. 15, 2018. Films may be up to 20 minutes in length, and as short as two minutes. Submit your own film at filmfreeway.com/DoorCountyShortFilmFestival.