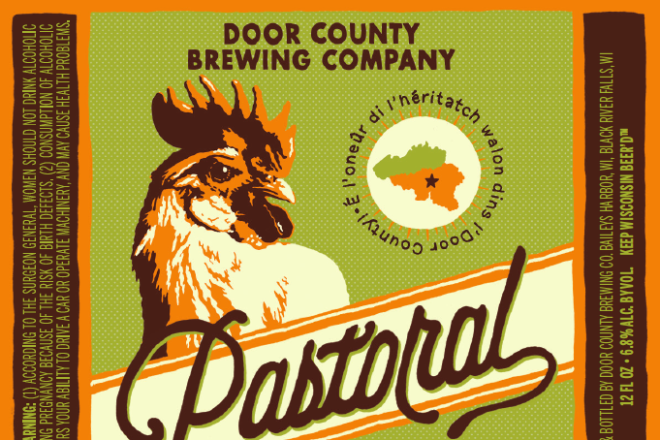 Door County Brewing Company recently announced that their Pastoral Farmhouse Ale will be brewed with locally sourced barley and yeast.

In addition they have re-labeled Pastoral in honor of Door County’s Belgian heritage. The familiar recipe will incorporate Door County-grown barley as well as a new blend of yeast strains derived from the peninsula, which will produce a more complex beer, according to Head Brewer Danny McMahon.

“Traditionally, farmers brewed these beers with whatever ingredients they had on hand,” said McMahon. “We’ve taken that mindset and started a program with local farmers and a Wisconsin-based malting company to grow and malt our own barley.”

The Door County barley program will provide malted barley to be used as their base malt for all of Door County Brewing Company’s saisons and farmhouse ales. Pastoral commemorates the Walloon agricultural heritage, the Belgian subculture prevalent in southern Door County. To further honor this tradition, a portion of all Pastoral sales will be donated to the Belgian Heritage Center in Namur.