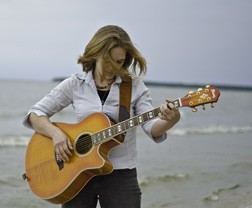 Nov. 19, the DC Deli in Sister Bay will host a night of dinner-folk and folk-rock fun with local musicians Mark Raddatz, Seth Raddatz and Marybeth Mattson, accompanied by the Deli’s delicious home cooking.

Mark Raddatz, long-time folk favorite of Door County, plays original tunes and selections from a wide range of artists with soul and grit. His songs are full of joy and sorrow, reminiscent and occasionally political. Joined by his son, Seth Raddatz and Marybeth Mattson, daughter of Lost Mothra’s Jeanne Kuhns, the three perform solo pieces, duets and group numbers.

Performing throughout the county since the age of 13, Seth Raddatz weaves folk-rock and country styles with haunting and heartfelt lyrics, ushering the new folk generation. Influenced by Neil Young, Conor Oberst, Mason Jennings, and of course, his father Mark Raddatz, his songs reflect a passion for life and the universal hardships that life brings.

Mattson, also a songwriter, plays with passion and honesty, in a style that has been dubbed folk-pop. Her lyrics are poetic and deliberate, offering a new twist on the folk genre, and enchanting listeners with level and lovely vocals.

The Deli will offer a special Southern-style supper for the evening, including ribs, jambalaya, fried Chicken and cornbread. The music will begin at 6 pm. All ages are invited and there will be no cover charge.