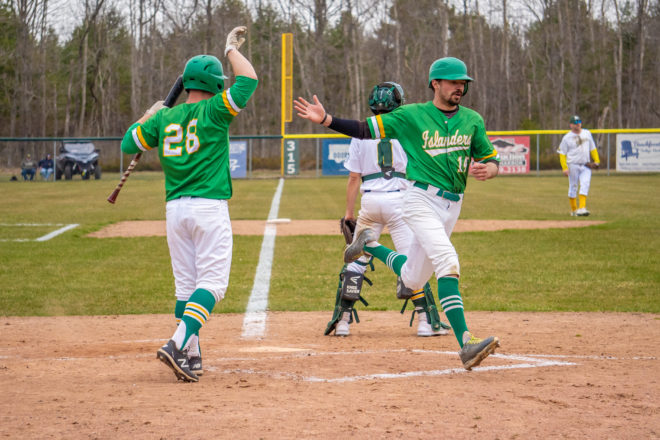 As we all know, nobody’s perfect. Not even a perfect stranger.

In a quick haste to get the first article out, I butchered a couple of names last week. For Kolberg, I forgot Nick LeCaptain in the preview, partly because at the time I was watching a spring-football press conference with his brother and had his name on my mind.

Also, with the stud pitching core of the Braves, I had Trevor instead of Tyler Neinas. I mean all the kid did was pitch a no-hitter in one of the first games of the high school season. You would think a person would get that name right.

And although some teams played nearly perfect games Sunday, others were far from perfect, as all losing teams gave up double-digit run totals. You certainly could tell the teams that have been practicing and those that have had limited time together.

But you know who was perfect last week? That was yours truly, the DCL Swami, going 4-0.

Let’s take a look at what’s coming up in the the week-two games.

The scoreboard operator had a busy day last week in Egg Harbor as seven errors certainly added to the Cubs’ woes. You have to go back decades to find a game when the Cubs were beaten so soundly. It doesn’t get any easier as the Islanders come to town.

The Island scored the second-most opening-day runs with 18. Con McDonald is back in the lineup, and his presence was felt, along with that of several others. The teams split their two games last year, with the Cubs winning a thrilling 2-1 at home on a Friday night. This is their home opener, and there should be plenty of fans for both teams in attendance.

What do you do when your top pitchers are unavailable due to other commitments? Well, you start your catcher on the mound and end up with the same results. Kyle Routhieaux led Kolberg to victory with his arm, his bat and his legs as he pitched five strong innings, hit a home run and stole two bases.

Maplewood found itself on the wrong end of the scoreboard with the defending-champion Bays and looking to rebound against its southern rivals. Although Maplewood didn’t win a lot of games last year, the team did knock off the Braves in a week-three showdown. I don’t see Kolberg letting that happen this time around.

If you had any doubts that Egg Harbor was going to have a better season this time around, opening day should have put an end to that. The Indians’ thrashing of Institute should serve notice that they have a chance again to be in the top half of the league.

They seemed to have found another arm in Tyler Siebert, and that will help. A newer face, Elijah Reimer, pitched in with three hits and three innings of relief. But if you’re scoring 26 runs on 27 hits, it really doesn’t matter who’s pitching.

The As were beaten soundly at home and now must hit the road. They, like Institute, had a hard time getting anyone out in their first game. It won’t get any easier Sunday.

The Ports are a better team with Woody Schartner. However, they will need to beef up the run production because their pitching is middle-of-the-pack good. They will need all they can bring this Sunday to be able to knock down the Bays.

The Bays scored a quiet 13 runs and won their usual way: with great pitching and great hitting. It seems to be a common theme with them during the past decade, and until someone can match that prowess, they won’t be relinquishing the top spot anytime soon. And now they have three straight home games to build up their 2022 résumé.