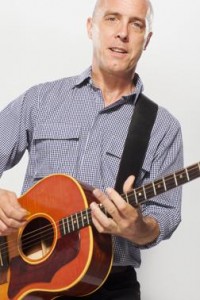 Johnston has been on the national music scene since the early ‘90s with his first album, The Trouble Tree, in 1990 and his well known hit, “Bad Reputation,” in 1994. However, Johnston earned his rock solid reputation as a gifted songwriter with his second album, Can You Fly, in 1992. Major publications such as The New York Times, Billboard, and Musician Magazine hailed the album among the year’s best.

Since then, Johnston has been traveling the country, recently dropping anchor in Nashville, playing gigs and co-writing music with some of the nation’s most distinguished songwriters such as Daniel Tashian, Mike Brown, and Jon Dee Graham.

Johnston’s most recent album, Rain on the City, was released this year and contains his most ambitious compilation of songs to date.

The DCA is located at 3926 Highway 42 in Fish Creek. Advanced tickets are $18; tickets purchased the day of the concert are $20. Seating is general admission.

For more information and/or to reserve tickets, call 920.868.2728, visit http://www.dcauditorium.org, or stop by the box office.