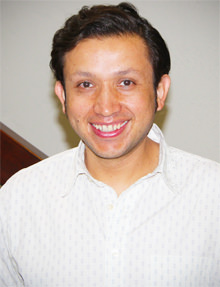 On Feb. 10 and 11, Door Community Auditorium (DCA) will present a lively weekend of film and lecture.

On Feb. 10 at 6:30 pm, DCA will present a screening of the animated film Minions, the prequel to the “Despicable Me” series. The film centers on the fictional creatures minions, who evolved from single-celled yellow organisms at the dawn of time and live to serve, but now find themselves working for a continual series of unsuccessful masters, from T. Rex to Napoleon. Without a master to grovel for, the Minions fall into a deep depression. But one minion, Kevin, has a plan; accompanied by his pals Stuart and Bob, Kevin sets forth to find a new evil boss. Their search leads them to Scarlet Overkill, a super-villain who hatches a plot to take over the world.

On Feb. 11 at 10 am, DCA will offer the lecture “Cuba’s Art and Culture,” presented by St. Norbert College assistant professor of modern languages and literatures Dr. Luis Navarro-Ayala. Navarro-Ayala will discuss the evolution of Cuban art and culture at the end of the 20th century and in the early part of the 21st century. This lecture may be of particular interest to those planning to attend Cuban bandleader Adonis Puentes’s performance at DCA on Feb. 16.

Navarro-Ayala’s lecture is free to the public (donations encouraged). Refreshments from Base Camp Coffee Shop will be available for purchase.

Advance reservations are recommended and can be made at the DCA box office, located on Highway 42 in Fish Creek. The box office is open Monday-Friday, 12-5 pm. Tickets can be purchased in person, by phone at 920.868.2728, or online at dcauditorium.org.