Merrell Runquist, Gibraltar Town Chairman, died Oct. 9 of a heart attack. He was 64. His death leaves a huge hole to fill for the Town of Gibraltar, the Door County Board of Supervisors, and his friends and family.

Runquist had been Gibraltar’s chairman and a Door County Supervisor for many years, where he served in leadership positions on several influential committees. In county government he served on the Door County Resource Planning Committee, the Highway Committee, Administrative Committee, and was the chair of Community Programming Committee. 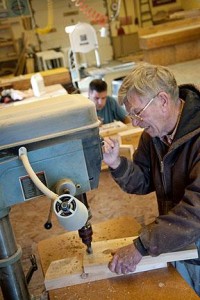 “It was a shocker,” said Gibraltar Town Clerk Sharon Kellner about the news of Runquist’s death. “We’re all very saddened. I’m going to really miss him. He was a good boss, a good listener.”

Known for his measured, deliberate style, Runquist was a chairman who had total control of town meetings and commanded the respect of the room. He kept meetings focused, not always a given on the peninsula.

Demanding, but not inflexible, Runquist required that people – whether it was a developer or community organization – come before his board fully prepared, and he was known to ask detailed questions. Mariah Goode, head of the Door County Planning Department, remembered the way Runquist would pull information into discussions in unconventional ways.

“He had a good way of getting information out of people,” she said. “He would ask a question that made me think, ‘Why is he asking that, I know he knows the answer to that question?’ Then I realized he was just asking to make sure the person he was asking knew the answer, and so it got out there for everybody else to know.”

Often, his interrogating style shrunk even the most experienced developers, who were used to moving projects along quickly with little discussion in larger communities.

“His leadership will really be missed,” Goode said, noting that Runquist was always well-prepared and well-researched on issues that came before the Resource Planning Commission, which he chaired for three years until last spring.

Kellner said Runquist’s psychology background was put to good use on the town board. “He had all the patience in the world,” she said. “When things would get a little tense, he would always know when to make a joke to ease the tension.” 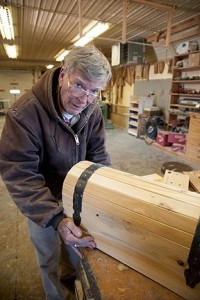 It also helped him make connections.

“He always asked about staff members’ kids and families,” Goode remembered. “He was interested in staff members as people. I think there were two reasons, the first being that he was simply a nice person, the second that he understood that an employee who is well-treated and respected is much more likely to be happy and motivated to perform to their highest ability.”

A respected sign maker, Runquist also owned Runquist Cedar Works, a lawn and patio furniture and sign-making business, in Fish Creek. Troy Hasenjager worked there for Runquist for the last 13 years, learning and growing in the trade under Runquist’s tutelage.

“He was almost like a second Dad to me,” Hasenjager said. “He never called me his employee, but always his partner or associate. He was always good to me.”

Hasenjager, a Republican, said his conversations with his boss, a Democrat, made for some great debates. Runquist’s thoughtfulness in those conversations helped Hasenjager recognize what made his boss an effective chairman.

“Maybe he didn’t agree, but he always wanted to hear your side of the story,” he said. “He looked at both sides of the issue before he even thought about making a decision.”

He is survived by his wife, Elizabeth Hollins Martin, two daughters and four grandsons. Funeral services were held Oct. 13, at St. Paul’s Lutheran Church in Jacksonport.

The Gibraltar Town Board was scheduled to meet Thursday, Oct. 14 at 9:30 am to discuss how to fill Runquist’s vacant seat and appoint a new Chairperson.