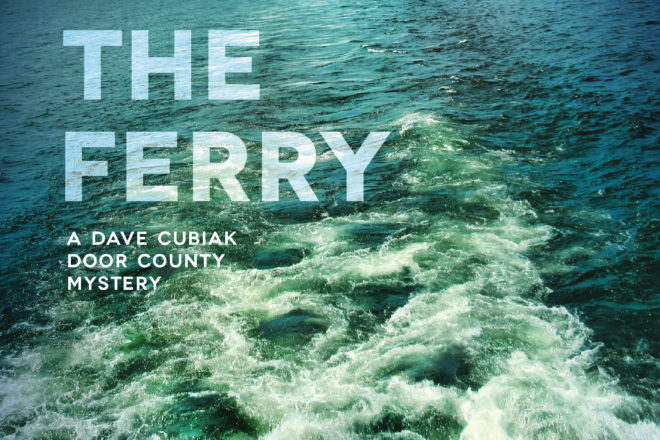 Patricia Skalka’s mystery/thriller Death Rides the Ferry – the winner of the Midwest Book Award for Fiction–Mystery/Thriller – will be available in paperback in March.

In the book, the Viola da Gamba Music Festival has returned to picturesque Washington Island after a long absence, and Sheriff Dave Cubiak is enjoying a rare day off as tourists and a documentary film crew hover around the musicians. Their jubilant mood quickly evaporates when a body is found aboard the ferry, reminding residents of the disastrous festival decades earlier, when a woman died and the fabled yellow viol vanished without a trace. As the past collides with the present, and the lives of those he holds most dear are in grave peril, Cubiak pursues a ruthless killer into the stormy northern reaches of Lake Michigan.

Skalka, who divides her time between Milwaukee and Door County, is the author of the award-winning Dave Cubiak Door County Mystery series. She’s also a past president of Sisters in Crime Chicagoland, a former Reader’s Digest staff writer and a presenter of writing workshops throughout the country.