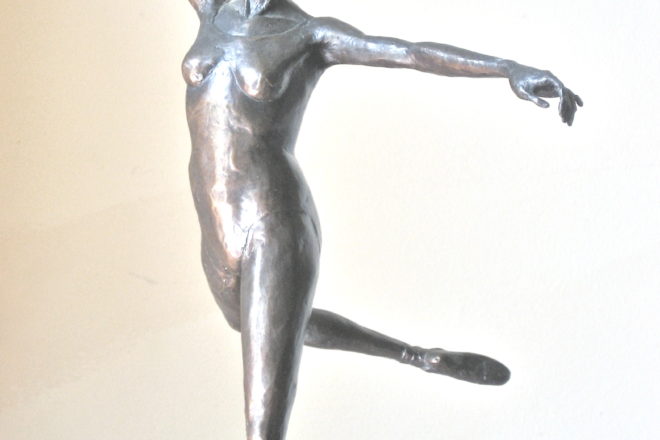 Deborah Dendler, local artist, has been named a Fellow of the American Artists Professional League (AAPL), New York City, having exhibited and been awarded for her work many times at the AAPL. A national organization dedicated to traditional realism in American art, the AAPL first focused “on the issue of obtaining commissions of official portraits for American Artists in the 1920s. By using its national stature, the AAPL influenced a rider to a Congressional Bill stipulating that all official portraits paid for with taxpayer dollars were to be painted by American artists, a fact that remains in effect to this day.”

Dendler is currently exhibiting sculpture at the Academic Artists Association National Exhibition of Contemporary Realism, Vernon, Conn., from April 12 to May 20. Dendler also exhibited sculptures at the Copley Society of Art, Boston, Mass., in a bronze sculpture in the New Members Exhibition and porcelain relief sculptures in the “Small Works” Exhibition. The Copley Society of Art is the oldest nonprofit art association in the United States and has exhibited the work of Whistler, Monet, Rodin, Duchamp, Dufy, Kandinsky, Picasso, Van Gogh, Homer and Whistler.

Dendler said, “I feel honored to be represented by such a venerable gallery, and privileged to exhibit my work among such illustrious peers.”