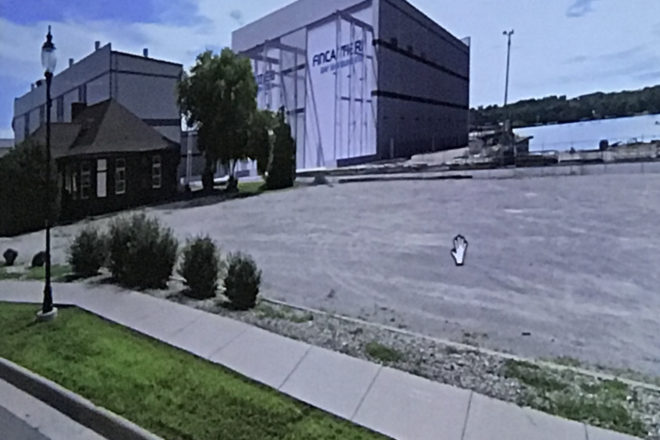 Updates on the approvals for Fincantieri Bay Shipbuilding

The path has largely been paved for Fincantieri Bay Shipbuilding (FBS) to proceed with plans to improve its Sturgeon Bay campus in preparation for work on the U.S. Navy guided-missile frigate contract awarded to Fincantieri Marinette Marine in April.

The improvements would be constructed in the south yard of the 605 N. 3rd Ave. location. A new, 84,000-square-foot building will be 110 feet tall. An existing building off the dead end of North 1st Avenue will be extended by 68,000 square feet. The buildings will be used for blasting, priming and molding steel components, with the new building used for module assembly.

A number of the shipyard’s neighbors have pushed back on the improvements, making a case repeatedly since August during numerous public meetings that the new buildings will aggravate the dust, noise and quality-of-life issues that already exist.

Sturgeon Bay officials have explained their support of FBS by citing the jobs and economic benefits that the employer brings to the city and county that enable people to create lives for themselves.

“Economy is more than just money,” said District 1 Alderwoman Helen Bacon. “It’s how it impacts people who live in the city.”

City officials have also been satisfied with FBS’s claims that the work will be done inside the new buildings, which will reduce the noise factor. The yard will be paved for dust control as well, and the gravel pile will be removed.

“I think the positives outweigh the negatives,” said Sturgeon Bay Alderman Gary Nault during the Common Council’s Nov. 3 meeting. “I think the shipyard is going to become a real good neighbor down there.”

All that remains now is a final approval from the Common Council, which is expected Nov. 17. A decision is also pending from Door County Circuit Court.

Two residents then filed an appeal of those decisions in Door County Circuit Court: Hans Christian and Kelly Catarozoli, who live and own businesses across the street from the south yard, where the new buildings will be constructed.

Because their lawsuit would have stayed the ZBA approvals until a verdict had been reached, FBS asked the city to change its zoning text to reflect the variances. The Plan Commission recommended the changes, and the Common Council accepted that recommendation and gave the changes a first reading Nov. 3.

The second reading and final approval would come at the council’s Nov. 17 meeting.

“It doesn’t hurt us per se,” Christian said. “It’s a sign of goodwill.”

Another contentious decision was also decided at the Common Council’s Nov. 3 meeting.

FBS asked the city to rezone all of the FBS commercial property along the waterfront to industrial zoning. The most immediate reason was a 14-foot-wide, single-story addition that FBS intends for an existing building. The new addition would have crossed into the commercial zone, and rather than ask for a line tweak of the property boundaries, FBS asked to rezone all of its property.

Plan Commission members didn’t necessarily believe the addition constituted a rezoning of the entire property. Thus, FBS modified its request to keep existing parcels commercially zoned where the shuttered train depot, Peninsula Plaza and Red Oak Winery are located. When that recommendation went before the council Nov. 3, Alderman J. Spencer Gustafson also asked that the land north of the train depot remain commercially zoned because FBS intended to keep that area a parking lot, which commercial zoning would allow.

The council approved the rezoning and fast-tracked it by holding both of the required readings the same night.