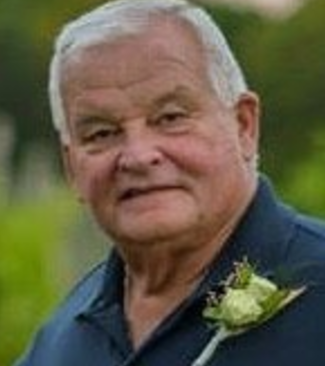 Colonel Thomas “Tim” Lawrie, one of Door County’s most decorated veterans and founder of Simon Creek Winery, died Saturday at age 73 of an apparent heart attack.

Lawrie volunteered for two tours in Vietnam as a paratrooper with the 101st airborne and as an adviser to a Vietnamese paratrooper battalion. As a combat infantryman he participated in some of the fiercest battles of the Vietnam War, and was awarded numerous awards for valor, including the Silver Star for bravery above self and Purple Heart for wounds received in battle.

As Chief of Joint Operations Division at the Office of the Joint Chiefs of Staff he worked on the development of the strategic plan for Operation Desert Storm. In 1991 he retired from the military with the rank of Colonel.

“We were fortunate to have him in Door County,” McFarlane said. “Not only was he a distinguished combat veteran and a recipient of the silver star, but he was such a strong proponent for veterans issues. He was always willing to help veterans in need and raised a lot of money over the years for Wounded Warriors.”

“Most important, he taught the guys who came home from Vietnam all beat up that we were not murderers,” Knappen said. “He taught us that we were warriors, and that warrior was an honorable profession.”

Lawrie drew on his 26 years of service to become a captivating speaker, whether the audience was made up of fellow veterans or schoolchildren.

“Everyone loved the way he spoke,” McFarlane said. “He was always so interesting, he could captivate an audience and get kids to listen to him.”

Upon retirement he became a partner in the Wing Group, an international development company specializing in the development of electric power projects. When he retired from the Wing Group in 1999, his life took an unexpected turn when his daughter called him about a beautiful piece of property near his hometown of Sturgeon Bay. Lawrie purchased the 120-acre parcel east of Carlsville sight unseen and turned it into Simon Creek Winery, which opened in 2003.

“The wine trail will serve as a means by which all Door County wineries can work together in achieving a common goal of growing the wine business while preserving the beauty and luster of Door County,” Lawrie said in announcing the wine trail in 2011.

In recent years he continued to fight for a level playing field, working to allow small wine producers to distribute their product locally rather than going through distributors.

Lawrie is survived by his wife Barbara, daughters Heather and Meredyth, and four grandchildren. Services for Lawrie will be held Saturday, Aug. 19 at 11 am at St. Joseph Catholic Church in Sturgeon Bay, with military honors to follow. He will be buried at Arlington National Cemetery in Virginia.