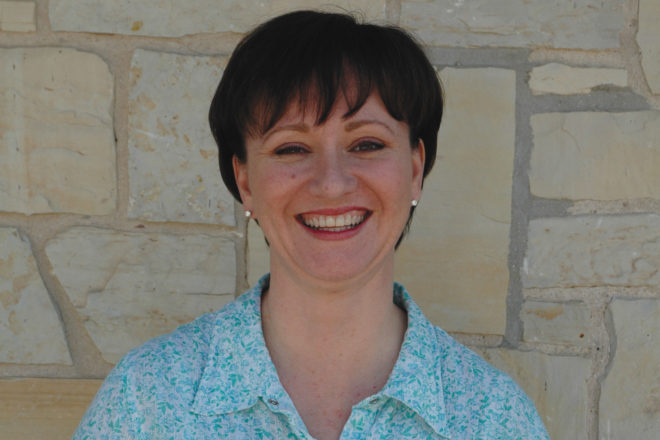 Denise Bhirdo has dedicated her life to service. Whether serving the customers of her long-established Sister Bay business, or in her time-consuming role as a local government official, Denise Bhirdo spends more time than most attending to the needs of other people in the county.

Denise is the co-owner of Bhirdo’s By The Bay, a Shell gas station and convenience store on the north end of Sister Bay, a family business that she has been involved in for more than two decades. She is also the current President of the Sister Bay Village Board of Trustees, the governing body for the municipality. Both her business and her government work give her the satisfaction of being an active and engaged member of her community.

Denise was born in Oak Park, Illinois, but her Door County roots go back several generations. The original Bhirdo family homestead in Sister Bay is now the site of the Birchwood Lodge, near the intersection of State Highways 42 and 57. Her father Dennis is a Door County native, and Denise’s great, great-grandparents settled on the peninsula.

In fact, the original family name was Bordeaux, just like the famous wine region. There are a couple of family stories as to how the name was changed to its unique current incarnation. One theory goes that the family felt “Bordeaux” was a bit too fancy for their new home in the United States, and altered the spelling. More likely, Denise says, “no one could pronounce it and someone changed it for them.”

Denise moved to Door County with her parents in 1976, when she was 13 years old. Her father, she relates, always wanted to come back home. Dennis and his wife Susan purchased a service station in Baileys Harbor, followed by another in Ephraim. The family has been in the gas and service station business for many years. Denise’s first job was pumping gas at the stations her parents owned.

After graduating from Gibraltar High School and living, working and attending school in both Green Bay and Denver, Denise, like her father, was ready to come home. In 1984, her parents purchased what became Bhirdo’s By The Bay.

“I was ready to come back to a year round job in Door County,” Denise says. She told her parents, “We’ll try it for one year,” just to see how it went. “Here I am, 22 years later,” she says. “It was just meant to be!”

Even though her parents brought her back to Door County “kicking and screaming” as an adolescent, Denise eventually realized that life on the peninsula was “calling my name.” Denise and her sister Michele Pluff purchased the successful Sister Bay business from their parents about five years ago. Dennis and Susan, now retired, live in Baileys Harbor.

In 1993, Denise attended a Sister Bay Village Board meeting to hear discussion on a particular issue; today, she can’t remember what that issue was. She does recall that she sat and listened to the entire board meeting and found it fascinating. That meeting gave her the initial nudge she needed to get involved in local government.

“I didn’t have any particular drive or urge to run for the village board [right away],” she says. Rather, the idea came to her subtly. Bhirdo jumped into the fray the following year and was elected in April 1994 for the first of six two-year terms. She’s been President of the Board for seven and a half years, currently serving through April 2007. She indicated that she would almost certainly be running for re-election next year. “I still feel like I have a lot to offer,” she said, adding, “I have a lot of fun with it.”

After tending to the needs of her business, government work is Denise’s number one priority. Because of her long experience at Bhirdo’s By The Bay, the partnership with her sister and the assistance of other staff members, she is able to devote much of her time to village affairs. “I’m fortunate that my job doesn’t require me to be there the number of hours a business owner typically would.”

With all those commitments, it’s no surprise that Bhirdo averages two meetings per week. On rare occasions, she has a week with no meetings. “It’s like a vacation,” she says. “It’s quite fun!”

When asked about the greatest challenges facing her as Village Board President, Denise tends to think of those issues that are often the most difficult to communicate to the public. “In any elected position,” she says, “you want to do the best for the community. Not everyone always sees that in the beginning. We have to let people know that we do have their best interests in mind. It’s sometimes difficult for people to see that with the decisions that are made.”

Bhirdo emphasized how much she enjoys working with the other members of the village board, collectively trying to accomplish goals that will best serve the greater community. She singled out fellow Board Trustees Sharon Doersching and Ken Church as strong, effective partners; all three have served on the board about the same amount of time and have forged a beneficial working relationship.

Asked about the greatest rewards her work with the village has granted her, Denise focused on some of the larger and longer-term projects that have been accomplished during her tenure. “Working on a project like the library that took a long time to come to fruition,” she answers. “It is so satisfying to be a part of a project that is good for the community. Anything big like the library and the fire station that help move the community forward [brings the most satisfaction],” she says.

Talking about her intention to continue serving on the village board, if elected, Denise discussed her desire to continue working on the many projects and issues still facing the village. “Once you get involved, it grabs hold of you,” she said. “The board is always working on something you want to see finished.”